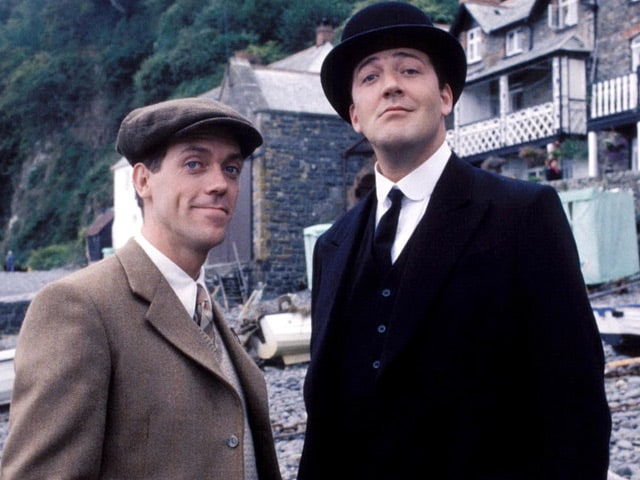 Stephen Fry and Hugh Laurie in a still from Jeeves and Wooster.

Actor Hugh Laurie has wished comedian Stephen Fry "love and happiness" following news of his marriage to writer Elliot Spencer.
The 57-year-old comedian and his 27-year-old partner announced their marriage via micro-blogging site Twitter. Hugh, who is Mr Fry's longtime friend and collaborator, was among the first to offer his congratulations, reports femalefirst.co.uk.
Hugh tweeted:

Bloody hell it's happened! @ElliottGSpencer has made an honest man of m'col. Love and happiness to all!!

Oh and @ElliottGSpencer and I had our vows witnessed by a mini Oscar Wilde. Because one should. #greencarnationspic.twitter.com/0b9nh48te0