"He is very intelligent. Hugh is very aware and abreast with world views, current trends. He would come across as someone who is deeply interested in India and Indian politics" 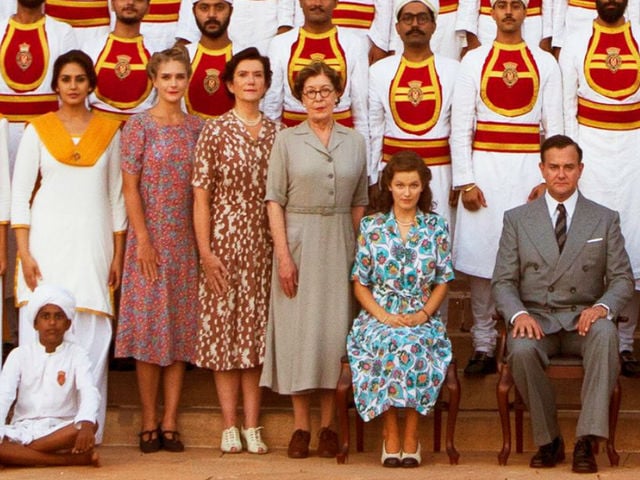 This image was posted on Facebook by Hugh Bonneville

Actress Huma Qureshi, who will be seen with Hugh Bonneville in Gurinder Chadha's British-Indian historical drama film Viceroy's House, says the British star is "deeply interested in India and Indian politics."
"Hugh is wonderful and of course, he is very talented. At the same time, he is very intelligent. Hugh is very aware and abreast with world views, current trends. He would come across as someone who is deeply interested in India and Indian politics," Huma told IANS.
The 29-year-old actress also said that Mr Bonneville - popular playing Robert Grantham in TV drama Downton Abbey - was very lovely to work with.
"Hugh was very lovely to work with and I had a lot of fun with working with international cast, and Hugh specially," said Huma, a fan of Downton Abbey, a show that she follows closely.
Ms Chadha's film Viceroy's House is about the inside life of the Viceroy's House in 1947 during the Partition of India.
Huma feels the youth will connect with the film.
"I think that today's youth is very politically aware. I think it started right from 'Rang De Basanti' time, when suddenly you saw a lot of young people, engaging with politics, current affairs and with what is happening in the world," Huma added.
She says the youth is very aware about national and international politics.
"The theme of the film or what the film is trying to say using Partition as a metaphor is very valid in today's time," she added.
The D-Day actress says that the film is based on a lot of facts and historical events, but there are some characters that are fictionalised.
"Viceroy's House is based on lot of facts and historical events through files which were de-classified by the British government a few years ago, and a lot of information and politics about the Viceroy's House sort of come from there. But there's a big human angle in it and a lot of characters are fictionalised. That is what makes the film and the story more enduring," she said.