"He was a little misunderstood. I wasn't the iceberg. I did not drown 2,000 people," Billy Zane said on the Today show 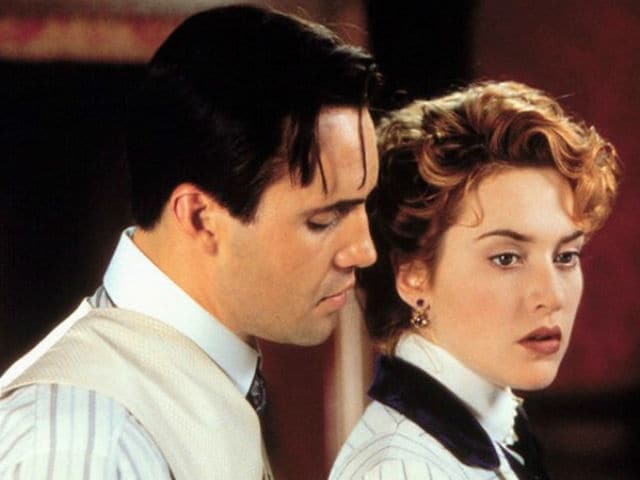 A still from Titanic.

19 years after Titanic released in 1997, actor Billy Zane said on the Today show that Rose, played by Kate Winslet, should have ended up with his character, the villainous Cal Hockley.
Rose and Cal started their journey on the ill-fated Titanic betrothed, until Rose fell in love with Jack Dawson, played by Leonardo DiCaprio. Jack died in an ending that has left fans dissatisfied for years - Rose and Cal both survived, though she hides from him on the rescue ship.
Billy Zane, now 50, said on the Today show of Cal, "I think he found redemption in the end, and I wish he had found her on [the rescue ship] Carpathia and was able to right his wrongs."
Billy, who was on the show to talk about his new series Guilt, also added that his character was "misunderstood" in Titanic.
"He was a little misunderstood. I wasn't the iceberg. I did not drown 2,000 people," he said on the Today show.
However, it appears that Titanic fans, unhappy as they are about Rose's tragic love story, won't endorse a life with Cal for her. On Twitter, an incensed fan wrote: "NO, @BillyZane!!!"
But Billy handles 'Cal haters' like a boss. "Lighten up Cal haters. Was just being contrary, inflammatory and hugely unpopular in my opinions, whaat?" Billy Zane wrote on Twitter.
Watch:

The reviled climax of Titanic has Jack helping Rose onto a floating wooden door to stay alive as the ship sinks. The door appears to not be able to support Jack's weight as well and so, after clinging onto the edge for a while, he dies of hypothermia. "I'll never let go, Jack," whispers Rose as the freezing water claims Jack.
For years, fans have demanded to know why director James Cameron couldn't have found place for Jack Dawson on the door.
In February, Kate Winslet agreed with fans, telling TV host Jimmy Kimmel that Jack didn't have to die.
"I think he could have actually fitted on that bit of door," Kate said.
At the BAFTA 2016, which was held at the Royal Opera House in London on February 14, Kate said that Leonardo doesn't feel the same about that piece of wood.
"He doesn't care about the door," the 40-year-old actress said.