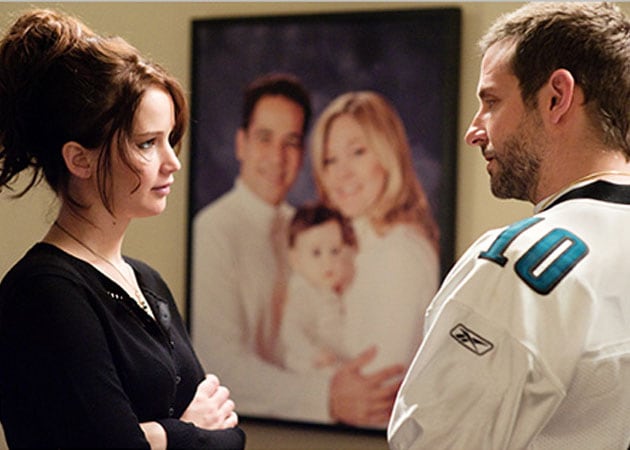 The much-awaited India premiere of Anupam Kher-starrer Hollywood film Silver Linings Playbook has been called off after the sponsors reportedly backed out at the last minute.

The much-awaited India premiere of Anupam Kher-starrer Hollywood film Silver Linings Playbook has been called off after the sponsors reportedly backed out at the last minute.
Directed by David O'Russell, the worldwide hit Silver Linings Playbook sees Anupam alongside the formidable Hollywood stars Robert De Niro and Bradley Cooper.
Apparently the film, which has garnered a lot of Oscar buzz, is not seen to be of much interest to Indian audiences.
"If you notice American films never get a premiere, grand or otherwise, even if they feature an Indian actor. It was different with Ang Lee's Life Of Pi and Deepa Mehta's Midnight's Children, which were properly premiered in Mumbai, because they were deeply connected to India and Indian culture," said a source.
"But Silver Linings Playbook is a film on the American suburbia, and therefore is of as much interest to Indian audiences as other Oscar nominees like Argo and Lincoln. And so what if Anupam Kher plays a major role in the film," the source added.
The other reason why Silver Linings Playbook didn't finally merit an Indian premiere, was the competition offered to the film.
"Diehard 5 is releasing on the same day as Silver Linings... in Mumbai. That's bad strategy. More so because Silver Linings... was released in America and other parts of the world many weeks ago and its pirated DVDs are easily available in India whereas Diehard 5 is just a week-old worldwide," said the source.
Whatever the logistics being proffered about the premiere cancellation, the fact remains that Anupam was looking forward to playing host at a premiere in Mumbai.
He had even invited Robert De Niro to be at the premiere and intended to show his short film 'I Went Shopping For Robert De Niro' to the veteran Hollywood actor during the 'premiere' visit. Now, Anupam is flying out of Mumbai to Los Angeles when Silver Linings Playbook releases in Mumbai, to show De Niro the film. "Yes, I am off to LA on Thursday night. I will be showing my film to De Niro. But I am going mainly for the Oscars," said Anupam.
Asked about the cancelled Mumbai premiere of Silver Linings Playbook, Anupam admitted candidly: "Yes, the premiere is not happening for various reasons that I don't want to go into. Though Silver Linings Playbook is a worldwide blockbuster, it is not a popular franchise like 'Mission Impossible' or 'James Bond'. More than that I am not at liberty to say."