Abbas Kiarostami who won the coveted Palme d'Or at the Cannes Film Festival in 1997 for Taste of Cherry, left Tehran last week to undergo treatment for intestinal problems in France 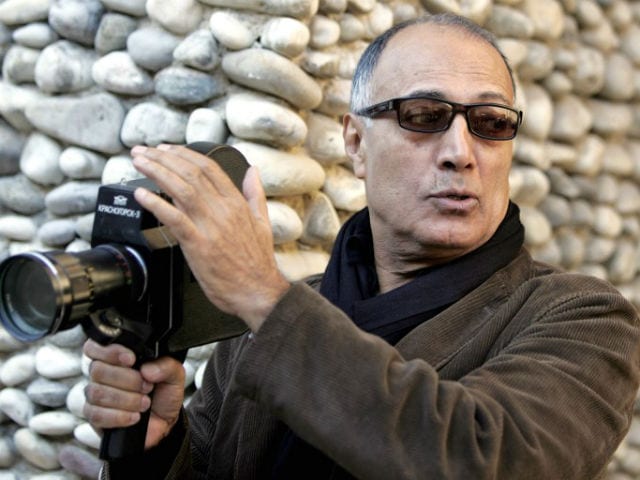 Acclaimed Iranian filmmaker Abbas Kiarostami died at the age of 76 in France, Iranian media reported on Monday.
Mr Kiarostami, who won the coveted Palme d'Or at the Cannes Film Festival in 1997 for Taste of Cherry, left Tehran last week to undergo treatment for intestinal problems in France, the ISNA news agency said, adding that his death had been confirmed by Iran's House of Cinema.
The Tehran-born filmmaker achieved international acclaim in the 1990s, with legendary French director Jean-Luc Godard once declaring that "film begins with DW Griffith and ends with Abbas Kiarostami."
There were conflicting reports about his illness, with some sections of the media reporting that he had suffered from cancer while others said that he had an intestinal disease.
ISNA reported that he had returned to Iran from his home in Paris to undergo several operations between February and April, before returning to Paris last week for further treatment.
Another of Iran's renowned directors, Asghar Farhadi, told Britain's The Guardian newspaper that he was in "total shock."
"He wasn't just a filmmaker," Mr Farhadi said, "He was a modern mystic, both in his cinema and his private life."
Mr Kiarostami's international success enabled many generations of Iranian film-makers, Farhadi added.
"He definitely paved ways for others and influenced a great deal of people."
Messages of condolence poured in through Iranian social media, with many sharing a picture of him holding his Palme d'Or alongside Martin Scorcese.
Just last week, Mr Kiarostami had been invited to join the Academy in Hollywood as part of its efforts to increase the diversity of its Oscar judges.
Rise to stardom
Born on June 22, 1940 in Tehran, Mr Kiarostami originally studied painting at the University of Tehran before finding work as a graphic designer and director of commercials.
He joined the Centre for the Intellectual Development of Children and Young Adults in 1969 as head of the film department, freeing him to make his own films.
Two years later, he released his first work, a short film called Bread and Alley, followed by the feature-length The Traveller in 1973, which confirmed his position as a pioneer cinema's "realism" school.
Deciding to stay on after the Islamic revolution of 1979, Mr Kiarostami and his peers faced stringent constraints, including a ban on showing women without headscarves.
But he was still able to forge a certain independence of vision, with his 1987 film Where is the friend's home? winning international acclaim.
That was the first of three films, known as the Koker trilogy from the town in which they were set, that established Mr Kiarostami as one of the world's great directors.
His films were known for their modest style, dark realism and sly humour. They were almost always shot in real locations, often featuring non-actors.
His Palme victory in 1997 led to some difficulties in his home country after French actress Catherine Deneuve gave him a kiss while presenting the award -- enough to garner the fury of conservatives in Iran.
Mr Kiarostami went on to win the Special Jury Prize at the Venice film festival two years later for The Wind Will Carry Us. He travelled the world in his later years, making films such as Certified Copy in Italy and Like Someone in Love in Japan.
The globe-trotting, he said, was an attempt to tell stories about "universal characters, that can be accessible to everyone."
(Except for the headline, this story has not been edited by NDTV staff and is published from a syndicated feed.)