"It was fantastic working with Irrfan Khan and, certainly, it did broaden my understanding of Indian cinema's past, present and future," Ron Howard told IANS over phone from London 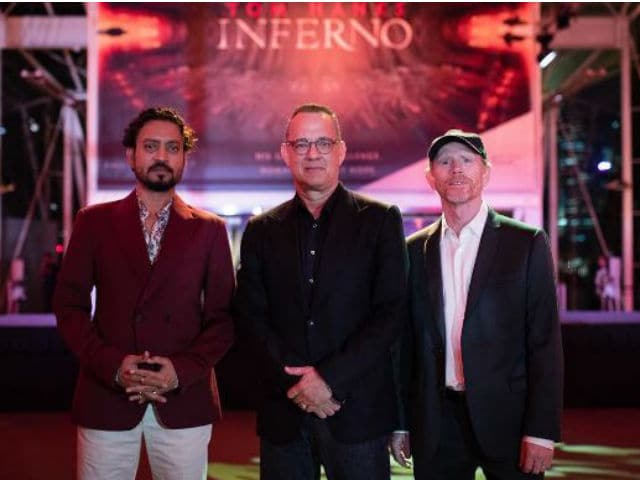 Oscar-winning director Ron Howard, who is coming out with documentary-drama Mars, says working with Irrfan Khan in Inferno helped him broaden his understanding of Indian cinema.
Ron said he admires the Indian actor for his contribution to international as well as Indian film industry.
"It was fantastic working with Irrfan Khan and, certainly, it did broaden my understanding of Indian cinema's past, present and future," Ron told IANS over phone from London.
"He is a very progressive, artistic thinker and I have a lot of admiration for Irrfan Khan, and what he brought to 'Inferno' and what he will continue to bring to international cinema. And, of course, cinema in India, which is clearly the country he loves the most," added Howard, who is busy with Mars.
While Mars will premiere in India on National Geographic Channel in November, Jon's Inferno will be released via Sony Pictures Entertainment in India on October 14. Also featuring Tom Hanks and Felicity Jones, it is based on the latest bestseller in Dan Brown's billion-dollar Robert Langdon series, Inferno, a sequel to The Da Vinci Code and Angels & Demons.
Shot extensively across locations in Italy, Istanbul and Budapest, the film shows Langdon's efforts to foil a deadly global plot.
Howard said Irrfan did open up a window to Indian cinema for him, as he says "we had a chance to talk a lot about Indian cinema and where he thinks it can go, and it was very exciting".
After getting a dekko into the world of Indian films, can one expect him to make documentary or a film on Indian culture?
Never say never, is his policy.
"Whether I would ever make a documentary about it, again, I'm open to a lot of ideas right now. It's not something I've contemplated, but if the opportunity came my way, I'd certainly give it a serious thought," he added.
Inferno touches upon issue of overpopulation, and its adverse effect. And Mars also talks about survival instincts of humankind.
Mars -- set both in the future and in the present day -- aims at redefining television storytelling by combining feature film-quality scripted drama and visual effects with a story of mankind's thrilling quest to colonize Mars. It has been co-directed by Howard and Brian Grazer.
The six-part global event series tells the inspiring story from the vantage point of a fictitious crewed mission to Mars in 2033.
Howard says, "Space is the most important frontier that we've ever tried to explore, because I do believe that we must become a multi-planet species in order to ensure our survival and ongoing evolution. So, it's not just a romantic idea, I think it's an imperative".
The channel also plans to extend the Mars storytelling in an unprecedented cross-platform effort, including a six-part digital companion prequel series.
(This story has not been edited by NDTV staff and is auto-generated from a syndicated feed.)