Is The Joker Secretly in Batman vs Superman? Don't Get Excited Yet 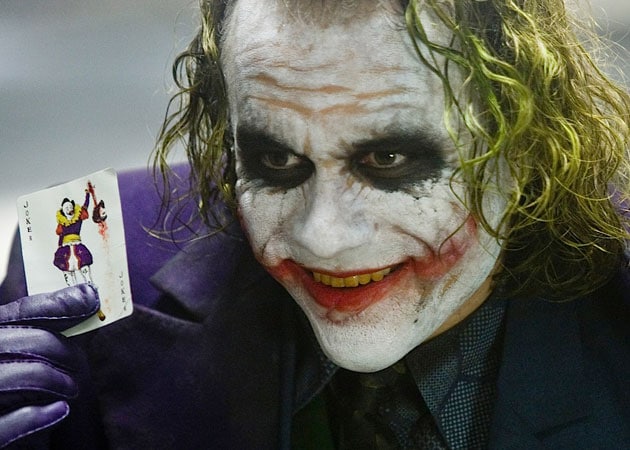 Settle down, folks. The Joker is not in Batman vs Superman - not yet.

Settle down, folks. The Joker is not in Batman vs Superman - not yet.
This picture of a playing card tweeted by cinematographer Larry Fong instantly caused a tidal wave of speculation about The Joker being the secret supervillain in the Man Of Steel sequel, now filming.

'Man of Steel 2' cinematographer knew exactly what he was doing when he tweeted this image (http://t.co/MGO6yG9Ssx) pic.twitter.com/k6VN1SVfSD

As rumours swirled, some folks identified the picture as nothing more than a card trick, played to while away time on set:

Love how BATMAN VS. SUPES cinematographer @larryfong posts a pic of a card trick & the internet freaks out, thinks Joker is in the movie

The poster of the picture ruefully said:

.@ljbermejo@ErikDavis I might be forced to post more pics of meals, cats, and selfies from now on

The case for The Joker includes math that adds up: two superheroes two supervillains = one blockbuster film. Henry Cavill's Superman already has Jesse Eisenberg's Lex Luthor to battle. Who will Ben Affleck's Batman match wits against?
Not The Joker, it seems. Or does it? Is Mr Fong's veiled denial simply misdirection?
If it is, comic book fans - a film with Superman, Batman, Wonder Woman, Lex Luthor AND The Joker? OMG! - will have died and gone to an illustrated heaven.