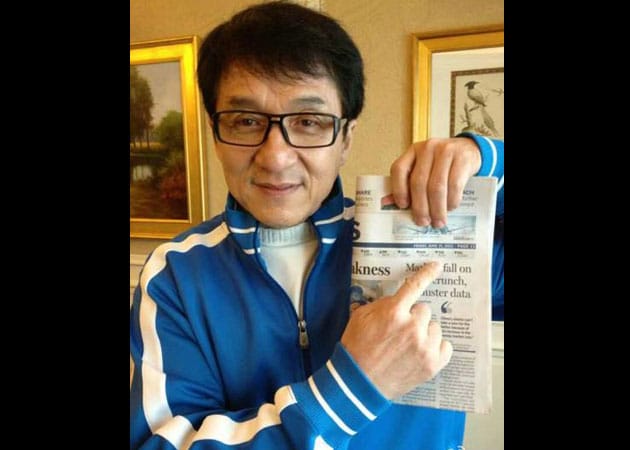 Jackie Chan was in India recently to inaugurate the Chinese Film Festival. (This image was posted on Facebook by Jackie Chan)

Hollywood actor Jackie Chan has laughed away rumours about his death after he became the recent celebrity victim of an online death hoax.

Hollywood actor Jackie Chan has laughed away rumours about his death after he became the recent celebrity victim of an online death hoax. While he was lighting lamps and giving speeches and interviews during a recent visit to India to celebrate the Chinese Film Festival, rumours about the action-comedy star's death flooded the internet.
The 59-year-old, however, took to his Facebook to address the rumours on June 21.
"Hi everybody! Yesterday, I got on a 3am flight from India to Beijing. I didn't get a chance to sleep and even had to clean my house when I got home. Today, everybody called to congratulate me on my rumoured engagement. Afterward, everybody called me to see if I was alive," Chan wrote.
"If I died, I would probably tell the world! I took a photo with today's date, just in case you don't believe me! However, thank you all for your concern. Kiss kiss and love you all!," said the actor while indicating the date on that day's newspaper.