"The starting point of all achievement is desire! There you are! Heartiest Congratulations. Jackie Chan," Sonu Sood tweeted 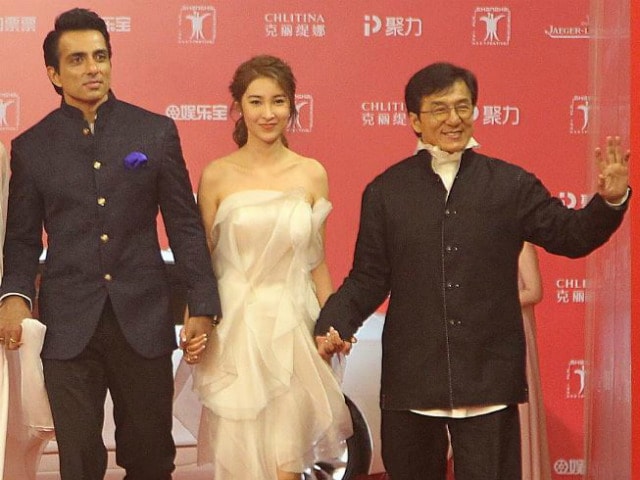 Actor Sonu Sood has congratulated legendary actor Jackie Chan, who has been conferred an honorary Oscar.
On Sunday night, Sonu shared a post, which read that Mr Chan was feted with the award at the Eigth Annual Governors Awards on Saturday. The post also read that he is the first Chinese personality to have received the award, which is given in recognition of "extraordinary achievements" in the film industry.


The starting point of all achievement is desire!! There you are!! Heartiest Congratulations @EyeOfJackieChanpic.twitter.com/zYNoDSZAIT

Sonu will soon be seen sharing screen space with Mr Chan in the upcoming Sino-Chinese film Kung Fu Yoga .
Kung Fu Yoga is a part of the three-film agreement signed between the two countries during Chinese President Xi Jinping's visit to India.
The film, which is directed by Stanley Tong, also stars actress Amyra Dastur. It is reported that the Hindi film stars have performed some adrenalin-pumping action sequences for the movie.