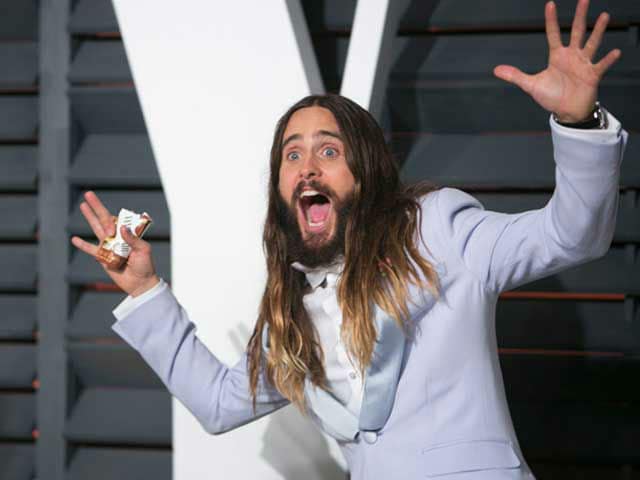 A file photo of Jared Leto

Suicide Squad actor Jared Leto has been added to the ensemble cast of the untitled Blade Runner project.
The actor will join Harrison Ford, Ryan Gosling, Robin Wright, Mackenzie Davis and Dave Bautista in the upcoming sequel, which will release on 6 October, 2017, reported Ace Showbiz.
Denis Villeneuve is directing the film.
Harrison is set to reprise his role as Rick Deckard. The movie takes place several decades after the events of the first film about a retired member of a police officer corps called blade runners who hunted down 'replicants' on Earth.
Jared, 44, has been taking a break from his music career with 30 Seconds to Mars following his Oscar-winning performance in Dallas Buyers Club.
He recently played Joker in Suicide Squad. It's unclear if he will reprise his role in other DC movies after many of his scenes were cut out of the anti-hero film.