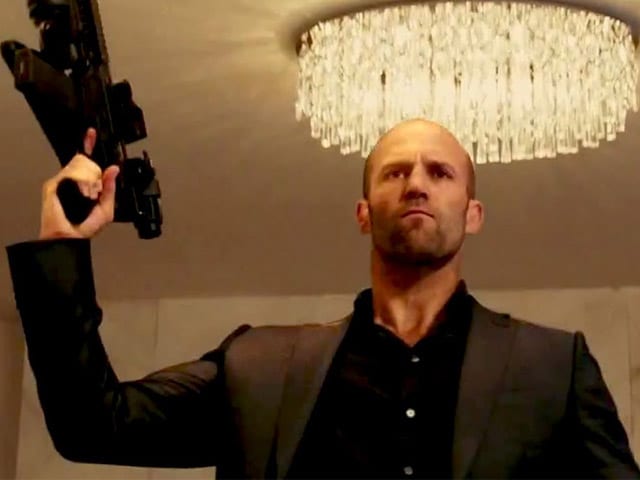 Jason Statham in a still from Furious 7

Jason Statham and his girlfriend, model Rosie Huntington-Whiteley bought the estate for a reported $7 million in 2011

Actor Jason Statham and his girlfriend, model Rosie Huntington-Whiteley have sold their Hollywood Hills home for $9.2 million just weeks after putting it on the market.
Jason, 48, and Rosie, 28, bought the estate, which sits on half an acre above Runyon Canyon Park, from actor Ben Stiller's home for a reported $7.325 million in 2011, reports femalefirst.co.uk.
The house also boasts of eight bathrooms, two dining rooms and a cinema hall.
Rosie Huntington-Whiteley said that she and Jason are thinking about starting a family together, but aren't sure where to raise their children.
"Having a family is something I think about for sure, and whether I'd live here in America or in England. But it's not always as simple as that. I have no idea what will happen, but it'll be interesting to find out, right? And nothing will be perfect, I'm sure," she said.