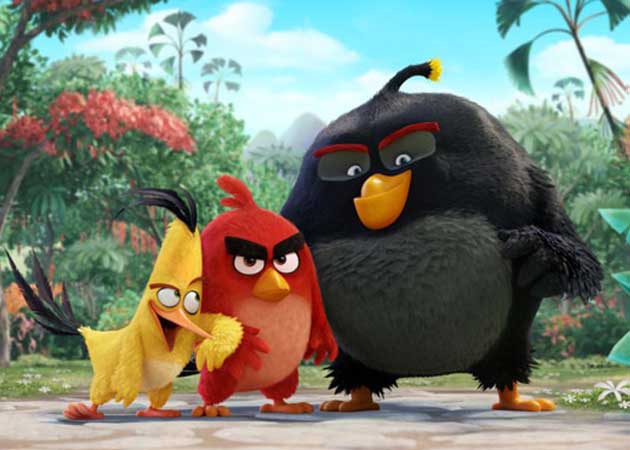 The likes of Jason Sudeikis, Josh Gad, Danny McBride and Peter Dinklage have given the voiceover in the animated film adaptation of popular game Angry Birds.

The names of actors, who have lent their voice for various characters in the movie, was unveiled in a unique manner. The fans had to unlock the cast in the game itself by slinging one billion birds in 48 hours.

Bill Hader and Maya Rudolph are also part of the main cast.

In the game, angry but cute little birds fight it out with pigs who have stolen their eggs. However, it is still unclear what all the filmmakers will pick up from the game as the plot is still shrouded in secrecy.

Horrible Bosses fame actor Jason will lead the cast as Red, a bird with a temper problem, accompanied with Josh as speedy Chuck, and Danny as the volatile Bomb.

Game of Thrones actor Dinklage will bring the character of legendary Mighty Eagle alive on screen. And on the pork side will be Bill.

Co-directed by Fergal Reilly and Clay Kaytis and co-produced by John Cohen and Catherine Winder, the film will debut in US July 1, 2016.

"I'm extremely proud of the cast. Not only do we have Jason, Josh, Danny, Bill, Maya and Peter bringing these characters to life, but they're surrounded by an all-star ensemble of emerging comedic talent - these are some of the funniest people out there today, and we're thrilled to have them all on board," John said in a statement.

The film will be distributed globally by Sony Pictures.