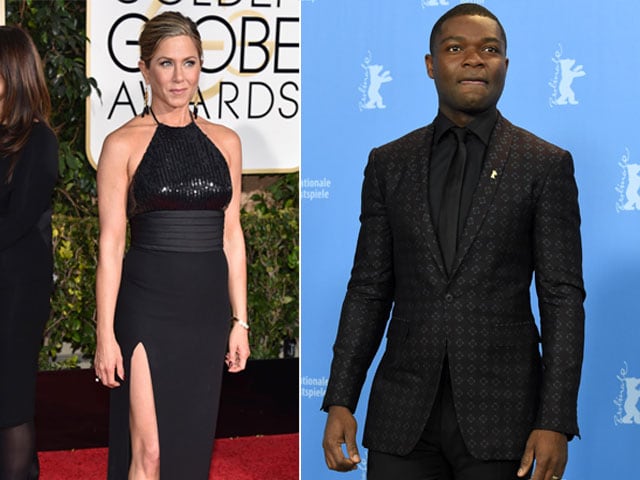 The show, hosted by Neil Patrick Harris, will air in USA on Sunday, February 22

The show, hosted by Neil Patrick Harris, will air on Sunday, February 22.

Jennifer missed out on a chance to get nominated for her role in Cake while Sienna co-stars in American Sniper and Foxcatcher which have been nominated for Best Picture.

David Oyelowo portrayed Martin Luther King Jr in this year's Best Picture nominee Selma though the Academy was criticised for not including his name in the Best Actor category.

Chris Pratt starred in Guardians of the Galaxy and The Lego Movie.

John Travolta is a two-time Oscar nominee, for his leading roles in Pulp Fiction and Saturday Night Fever. Kerry Washington is the star of the hit television drama Scandal and received two Emmy nominations for her role.