Jennifer Aniston in no rush to get married 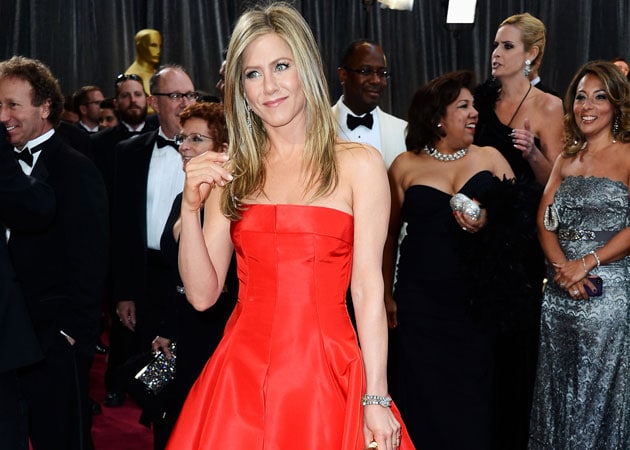 Jennifer Aniston is tired of addressing rumours that she and fiance Justin Theroux have called of their wedding.

Jennifer Aniston is tired of addressing rumours that she and fiance Justin Theroux have called of their wedding.
Aniston, 44, and Theroux, 41, got engaged in August last year and the absence of a wedding almost a year after the engagement has led to many tabloid stories, reported E!News. But Aniston, who plays the role of a stripper in upcoming comedy We're The Milliers, is irritated to be at the centre of such stories.
"Well, there was no wedding planned! Let me just say this about that. Do you realize that the majority of all of those tag rags are loaded with absolute false information?," Aniston said.
"They like to create the stories, because it's not interesting, the story of we're really happy and in love and feel like we're married and eventually we're going to get married when we find the time," she said. "I don't think there's a rush."
Aniston says her personal life is not so entertaining unless it is coloured by a scandal. "It's a drag that they sort of have to paint this horrible negative picture and it's just to sell magazines. And it's a bummer because it's not true. I was supposed to have it (the wedding) in March I think. I'd like to be a part of this plan!," Aniston said.