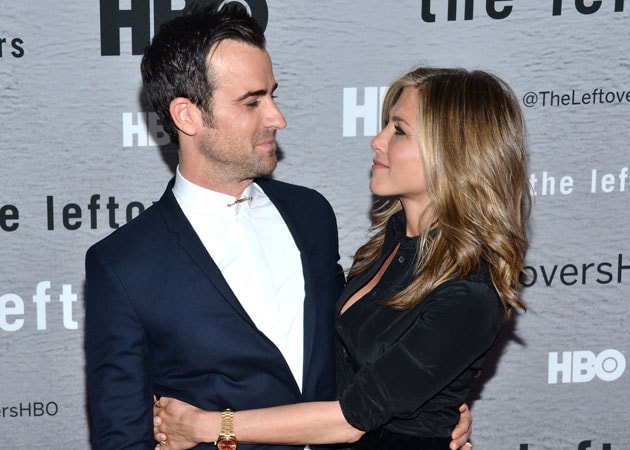 Jennifer and Justin fell in love while filming Wanderlust

Friends star Jennifer Aniston thinks her fiance Justin Theroux is very handsome and looks better with every passing year. (Also read: Is Jennifer Aniston Really Pregnant Now?)
The 45-year-old actress, who has been engaged to The Leftovers star for almost two years, said she is a fan of his eyes, reported People magazine. "He's just so beautiful and handsome to me. I love that his eyeballs are so beautifully captured because those eyes just knock me out every day. "He just gets better every year. He's just like a lost gem in the sand, and he's just always been there and been brilliant, and now this is just in a different light," she said.
Justin is the new cover boy of Details magazine's August issue. A party was recently held to launch the issue and Jennifer graced the event with her presence. The dinner was also attended by Jennifer's friends Chelsea Handler and newly engaged Courteney Cox, who called Justin 'so handsome and cool'.