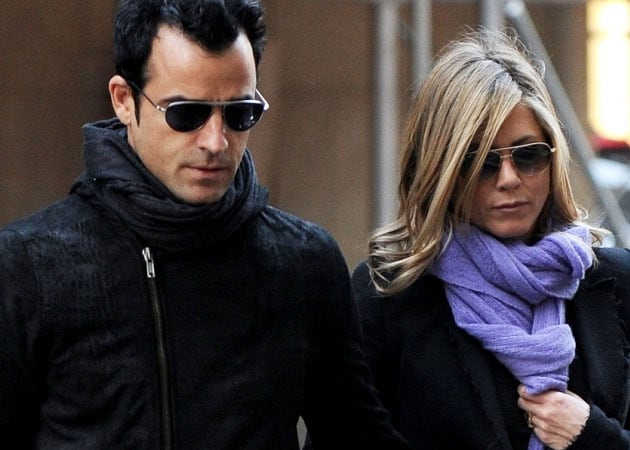 Jennifer Aniston and Justin Theroux got engaged in August 2012.

Celebrity couple Jennifer Aniston and Justin Theroux have reportedly been having counselling sessions to prepare for their much-awaited wedding.

Celebrity couple Jennifer Aniston and Justin Theroux have reportedly been having counselling sessions to prepare for their much-awaited wedding.
The pair, who have been separated for work over the past few months, have vowed to spend more time together in the next year, reported Showbiz spy.
"Jen and Justin love each other, they are fully committed. They had hoped to be married by now but work commitments this year meant their plans went astray.
"They have had some counseling. They both regret not spending more time together this year and they're determined that next year will be different," a source said.
Engaged since August 2012, they have been discussing wedding plans.
"Jen and Justin are looking at it like it's a party for their friends. They've downgraded the scale of their wedding. Justin is adamant it will happen in 2014 but that it will be more 'spontaneous and organic' than they'd previously wanted," the source added.