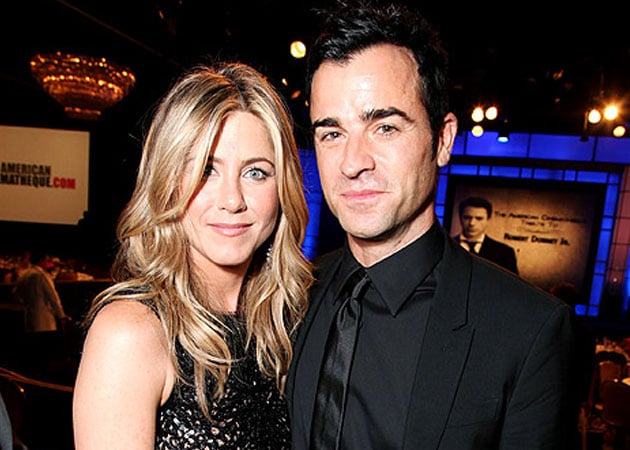 Jennifer Aniston and Justin Theroux have different ideas about their wedding

Jennifer Aniston and Justin Theroux have decided to tie the knot at the end of the summer instead to give them more time to iron out the details.

Jennifer Aniston and Justin Theroux have postponed her wedding until August.
The 44-year-old actress and her 41-year-old fiance - who were originally planning to marry in May - reportedly can't agree on the size of their nuptials and have decided to tie the knot at the end of the summer instead to give them more time to iron out the details.
A source close to the couple told the MailOnline website: "Jennifer and Justin have been totally relaxed about the wedding planning. They're looking forward to the wedding, but they have different ideas about the actual wedding itself.
"It's not to do with them as a couple, they're madly in love. Every time you see them they've got their arms around each other. "Jen wants something bigger with all their friends, Justin would just like something a bit more intimate. "At this point, we're expecting the wedding to be at the end of the summer, just before Labour Day Weekend (September 2)."
The former Friends star - who got engaged last summer - admitted recently that she hasn't had time to select her wedding dress because she is so busy.
Jennifer was previously said to have found her first wedding to Brad Pitt in 2000 "stressful". Her wedding planner Kevin Lee claimed she was uncomfortable with the lavish celebration - which cost a rumoured $1 million and included a 13 minute-long fireworks display and 50,000 flowers -and is planning a very different ceremony with Justin.
He said: "They won't be blowing millions on an over-the-top wedding with hundreds of people they barely know. Brad wanted that when she married him, and she got caught up in having a huge day. "It was ultimately so stressful that she couldn't really take time to enjoy it. So it's going to be small and low-key so they feel relaxed."