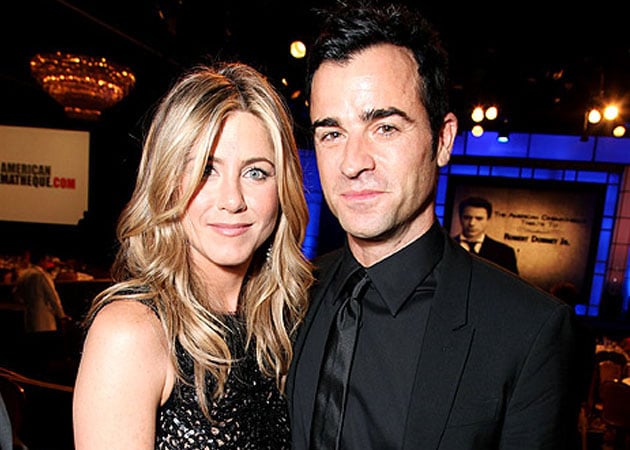 Jennifer and Justin were engaged in August, 2012

Former Friends star Jennifer Aniston and Justin Theroux have reportedly put their wedding on hold again.
The couple got engaged on Theroux's 41st birthday in August 2012, reported People magazine. "She had included her friends and seemed excited about the process. But Jen said she needed to focus on work recently," a source said.
Aniston, 44, who was previously married to Brad Pitt, is no longer enthralled by the idea of having children. "There was a lot of baby talk in the past, but she is not focused on it. She's aware her age makes it more difficult. Her attitude is, 'If it happens, great, but if it doesn't, it wasn't meant to be'," it added.
The couple, who fell in love on the set of their movie Wanderlust in 2010, previously postponed their summer wedding to complete renovations on their new home in Bel-Air. Earlier this year, the actress insisted she already feels married to Justin.