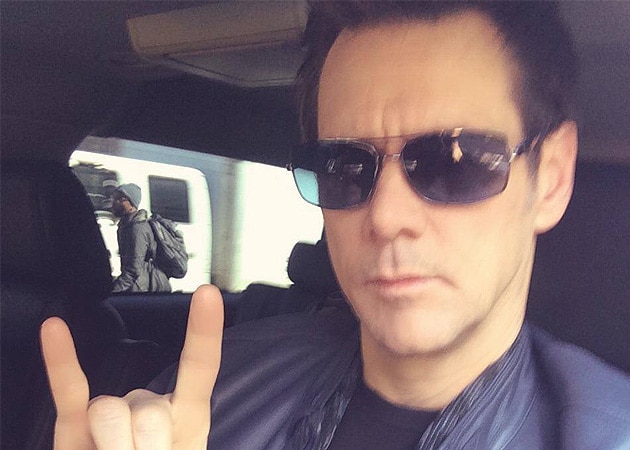 This image was posted on Twitter by Jim Carrey.

"If you hook up with someone who is famous, you become a sellable commodity and that's the most important thing in those magazines," says Jim Carrey

It seems that actor Jim Carrey has had his share of matrimony. The 52-year-old says now he doesn't want to "voluntarily" go the marriage way.

The actor appeared on the Howard Stern Show where he spoke about love and relationship, reports eonline.com.

When asked whether he would ever consider marriage again, Mr Carrey said, "I just don't see it as necessary at this point. Is it really sacred? I don't know."

He was previously married to actresses Lauren Holly and Melissa Womer. The actor says that having relationships is still important and he still appreciates a great woman.

"If you hook up with someone who is famous, you become a sellable commodity and that's the most important thing in those magazines. It's not what you're doing in the movie. It's who are you with, what you are doing, are you breaking up?" he said.

When asked if the perfect girl came along, would he ever consider marriage, he said, "I can't say that I know how I would feel if I meet somebody that knocks my head off. I can't make hard fast rules about the future, but I wouldn't voluntarily go that way."