Jim Carrey's deceased ex-girlfriend, Cathriona White, was suicidal because she had sexually transmitted diseases (STDs) she believed she contracted from the Hollywood star, according to a lawsuit filed by Mark Burton 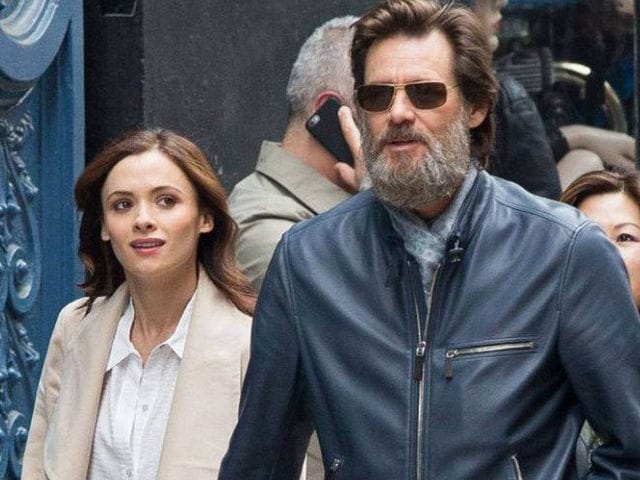 Actor Jim Carrey, who was accused of giving three STDs to his late girlfriend Cathriona White by her estranged husband Mark Burton, denied the allegation and said, "The real disease here is greed," reports ET.
"Is this the way a 'husband' honors the memory of his 'wife'? The real disease here is greed, shameful greed!" Mr Carrey said in a statement to ET.
His lawyer, Martin Singer, issued another statement: "The claim that Mr Carrey gave Cathriona White STD is categorically disputed. This is a desperate, bogus claim made by the 'husband' of the sham marriage. My client will not pay money to end this opportunist's transparent shakedown lawsuit, and this malicious case will be dismissed."
Earlier, Mr Burton filed a lawsuit in which he alleged that Cathriona White, was suicidal because she had sexually transmitted diseases (STDs) she believed she contracted from the Hollywood star Mr Burton amended the wrongful death suit which he filed against Mr Carrey.
In the new documents he said Ms White had a text conversation with Mr Carrey in February 2013 where she told him she thought she had contracted an STD, reported TMZ.
In the documents, Mr Burton said Ms White got tested and discovered she had Herpes Type I, Herpes Type 2 and Gonorrhea. He said Jim Carrey, 54, tried to pressure her to keep quiet about it, which she did.
Mr Burton added that before Ms White committed suicide in September 2015, she wrote a letter to Mr Carrey, saying the STDs would make it impossible for her to find someone new after their breakup.
She also referred to herself as "damaged goods." Mr Burton's lawsuit also included text messages which he said Mr Carrey and Ms White exchanged in 2013, including the ones referencing the STDs.