"Every mother and father that has a daughter should read Cat's handwritten letter to Jim and decide for themselves what kind of a guy he really is," she said 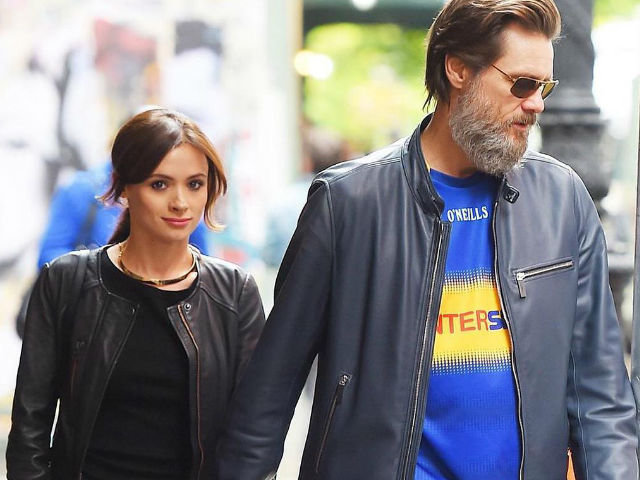 Comedian-actor Jim Carrey has been once again sued over the death of his ex-girlfriend Cathriona White.
Following in the footsteps of Ms White's husband Mark Burton who accused Mr Carrey of giving her sexually transmitted diseases prior to her death last year, the late make-up artist's family has now filed a lawsuit against the actor and made similar claims, reported ET Online.
The latest wrongful death lawsuit was filed in the Los Angeles Superior Court by Ms White's mother Brigid Sweetman. She alleged that the Dumb and Dumber To star knowingly gave her daughter three STDs, verbally abused her and supplied her with the illegal drugs she took to kill herself. Calling Mr Carrey "heartless," "despicable," "outrageous" and "pure evil", Ms Sweetman stated in her document that Mr Carey visited a medical clinic in January 2013 and registered under the name "Jose Lopez" before he tested positive for the STDs.
However, he didn't tell Ms White about it. When she found out she had STDs, she confronted Mr Carrey who then dumped her and tried to silence her.
In the suit, Ms Sweetman also alleged that Mr Carrey used the name "Arthur King" to obtain "highly addictive" illegal drugs which he provided to Ms White, whom he knew was prone to depression and had previously tried to commit suicide.
"Jim Carrey should be ashamed of what he did to my daughter. And he should be ashamed for how he has used his Hollywood attorneys to badmouth Cat's husband Mark with the hope that nobody will hold him responsible for what he did," Ms Sweetman, who's represented by Burton's lawyer Michael Avenatti, said in a statement.
"As a family, we want the world to know the truth about who Jim Carrey really is - a man that will give your daughter three STDs, lie about it, call her terrible names and demean her, use his high priced lawyers to try and shut her and her family up, and then give her illegal drugs," she continued.
"Every mother and father that has a daughter should read Cat's handwritten letter to Jim and decide for themselves what kind of a guy he really is," she said.
Mr Carrey's team has responded to the new lawsuit. His lawyer Marty Singer branded it another sham as he pointed out that Ms White had a "contentious relationship" with her mom and even had cut ties with her before she died.
"It is understandable that a mother who has lost a daughter will look for someone to blame. But in directing her grief and rage at Jim Carrey and joining this ridiculous lawyer's attempt to capitalize on Cathriona's suicide, Mrs. Sweetman is heading down the same dark path as Cathriona's green-card 'husband,' Mark Burton," Mr Singer stated.
"Cathriona often lamented about her contentious relationship with her mother, how she was forced to leave home at the age of 15, and how they had been estranged for years," he said.
Mr Singer deemed Mr Burton's lawsuit an attempt to extort money from Mr Carrey. Defending his client, he said that Ms White married Mr Burton in 2013 so she could stay in the US. The pair didn't even live in the same state following their wedding.
(Except for the headline, this story has not been edited by NDTV staff and is published from a syndicated feed.)