Johnny Depp, Amber Heard to Marry in Bahamas Next Weekend 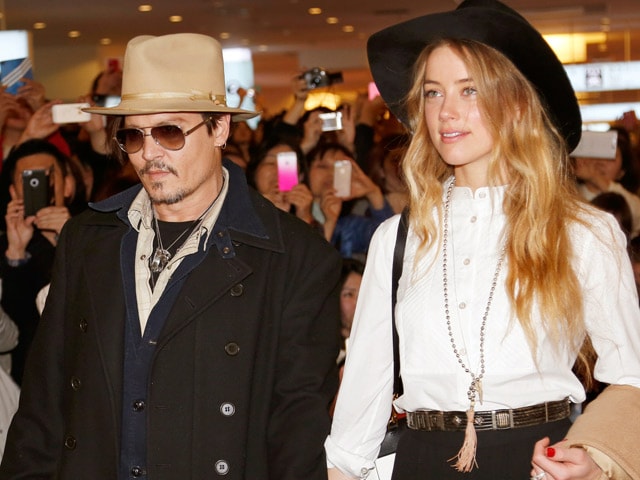 The couple is said to have chosen the date because of their hectic working schedules. (image courtesy: AP)

Actors Johnny Depp and Amber Heard will reportedly get married on his private island in the Bahamas next week.
Mr Depp and his 28-year-old fiancee got engaged in December 2013 after a year of dating and are planning for their nuptials on his island over the weekend of February 7-8 in front of just 50 guests, reports pagesix.com.
The accommodation on the 45-acre Little Hall's Pond Cay island is so limited that many of the guests - which will include the bride's family and Mr Depp's two children from his relationship with Vanessa Paradis, Lily-Rose, 15, and 12-year-old Jack - will be staying on the 51-year-old actor's yacht during the celebrations.
The couple is said to have chosen the date because of their hectic working schedules.
"She's filming a movie in London, and he's getting ready to film the next Pirates of the Caribbean in Australia. So this is the only time that everyone could get together," said a source.
Amber will wear a dress designed by Stella McCartney for the wedding ceremony, the insider claimed.