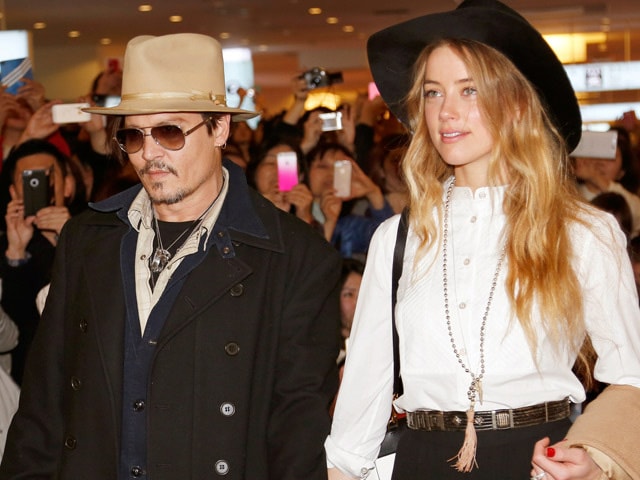 Johnny Depp and Amber Heard got married at their home in Los Angeles earlier this week.

Newly-wed couple Johnny Depp and Amber Heard, who have reportedly exchanged wedding vows at their home in Los Angeles earlier this week, will reportedly host a second wedding celebration - a "small" one - on Mr Depp's private island.

The couple, who legally married during a civil ceremony, will now exchange vows in front of a select few family and friends on a beach that the Mortdecai star named after his wife (Amber Beach), on his private island in the Bahamas, Little Hall's Pond Cay, reports femalefirst.co.uk. (Also Read: Johnny Depp Weds Amber Heard, Say Reports)

According to a source, the ceremony, which will take place on February 7, will be a "small" affair. (Also Read: Meet the New Mrs Johnny Depp, Amber Heard)

"It'll be a small ceremony on Amber Beach, part of the island that's named after her," Us Weekly magazine quoted the source as saying.