"I needed to pay rent. Somebody said, 'Why don't you go meet an agent. My agent is with Nick Cage.' So, she sent me on an audition for something and I got it," said Johnny Depp 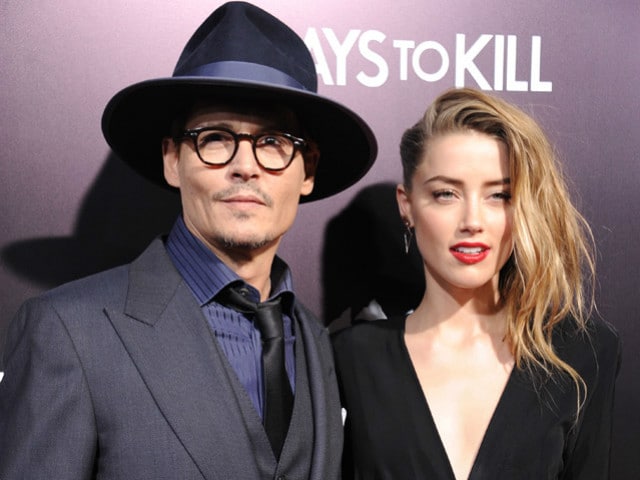 Pirates of the Caribbean star Johnny Depp said that he became an actor by "accident".
Mr Depp gave his first public interview since he landed into legal trouble with estranged wife Amber Heard on a radio talk show on June 26, but made no mention of his legal battle or allegations made against him.
The 53-year-old actor appeared on Jonesy's Jukebox radio talk show alongside his band members from the Hollywood Vampires - Matt Sorum, Robert DeLeo and Bruce Witkin.
During the interview, Mr Depp revealed that he stumbled into acting while trying to pursue music as a teenager, reported people.com.
"I've been a musician since I was little. I have played since I was 12. I started playing clubs when I was like 13 in Miami," Mr Depp said.
"I needed to pay rent. Somebody said, 'Why don't you go meet an agent. My agent is with Nick Cage.' So, she sent me on an audition for something and I got it," he added.
Mr Depp said it wasn't until his band broke up that he considered acting full-time.
"It seemed like a good way to pay the rent for a minute," he said.
Even as his legal battle with Ms Heard continues, Mr Depp plans to take the stage with his band during their US tour, which commences from July 1 in Pennsylvania.
A hearing in Los Angeles court has been scheduled for August 15 and August 16 on Ms Heard's request for a permanent restraining order against Mr Depp amid allegations that he abused her throughout their relationship. A temporary restraining order has been reissued in the interim.