Ladies and gentlemen, I'm absolutely livid as I had a bet with my grandson and I'm never going to be able to forget it," she told the audience at London's Royal Opera House 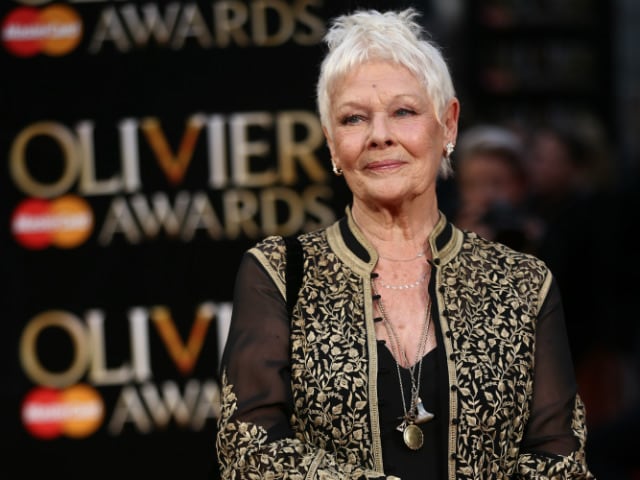 Judi Dench on Sunday became the most successful actor in the history of Britain's top theatre awards, the Olivier Awards, when she picked up a record eighth trophy.
Ms Dench won Best Supporting Actress for her role as Paulina in Shakespeare's The Winter's Tale, opposite Kenneth Branagh as Leontes.
Accepting the award, the 81-year-old star, who won her first Olivier in 1977 and is best known for her role as M in the James Bond films, joked that she had not expected to win.
"Ladies and gentlemen, I'm absolutely livid as I had a bet with my grandson and I'm never going to be able to forget it," she told the audience at London's Royal Opera House.
The production ended its run in London's West End in January.
A string of big names lost out in other major categories.
In the Best Actor category, Benedict Cumberbatch for Hamlet, Mark Rylance for Farinelli And The King and Branagh for The Winter's Tale were passed over in favour of Kenneth Cranham for The Father. (Also Read: Benedict Cumberbatch Visits Comic Book Store in Doctor Strange Costume)
Had he won, Mr Rylance would have become the first actor to hold four of acting's top prizes in the same year - an Oscar, a BAFTA film award, a BAFTA theatre award and an Olivier.
Mr Rylance, who sported black tie with a brown trilby hat on the Oliviers red carpet, drew global acclaim in February when he won the best supporting actor Oscar for Bridge Of Spies.
For best actress, Nicole Kidman in Photograph 51 lost out to Denise Gough for People, Places And Things.
The award for Best New Play went to Hangmen by Martin McDonagh, a drama about the abolition of capital punishment in 1960s England.
Best actor in a supporting role was Mark Gatiss for Three Days In The Country. Mr Gatiss is best known for starring with Mr Cumberbatch in the TV series Sherlock, which he also co-wrote and created.