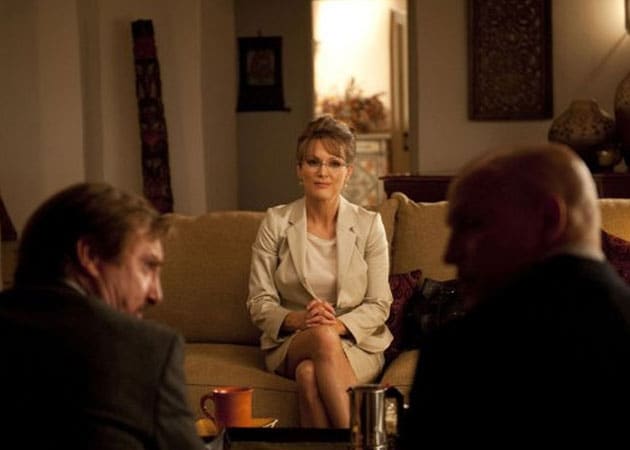 Julianne Moore is a human rights activist and considers herself a feminist.

Hollywood actress Julianne Moore says gay marriage are important part of a society.
The 52 year old actress is an avid human rights activist and sees herself as a feminist when it comes to her strong views on equality, reported Contactmusic.
"Oh, yeah, absolutely(I'm a feminist). At one point, 'feminist' became a pejorative term. How did that happen?
"If you're a feminist, you're basically saying you're a humanist. That's why the issue of gay marriage is so important to me. It's about everybody having the same shot at everything, at work, at marriage, at life.", she said.
Moore recently bagged the Best Actress in a Television Film Golden Globe for her role in Game Change. She said that she enjoys her children's support.
"What's so sweet is, they're old enough now to have seen me nominated and lose a few times, but kids generally have a lot invested in people winning.
They're always saying, 'Did you win? "And I'll say, 'No, but it's ok, I still had fun, it's an honour to be nominated.' The last time I lost a Globe, my daughter made me one in art class. In fact, I think she made me a Bafta as well, because I lost there that year, too," she added.