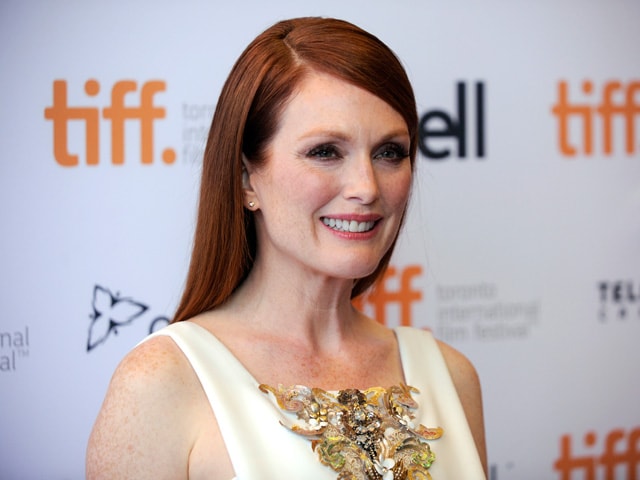 It's fun to play dress-up for the night, said Julianne (Image courtesy: AP)

Actress Julianne Moore would love to win the Best Actress titles at the BAFTA Awards and Oscars, but she would happily settle for the "honour" of being the Best Dressed.

The 54-year-old star is being tipped for the Best Actress prizes at both Sunday's BAFTA Awards and the Oscars later this month but she has confessed that while she "minds" that she hasn't won an Academy Award in the past despite being nominated four times, she'd be almost as happy if she were to be named Best Dressed on the night, reports femalefirst.co.uk.

Talking about it to The Sun newspaper, she said: "You know, it's almost as much of an honour. It's fun to play dress-up for the night."

However, Julianne has confessed she had never met anyone with the devastating condition until she began researching the part.

Asked if she fears contracting the disease, she said: "Everyone has that fear. I'm very lucky that I don't know anybody who has had Alzheimer's disease and I wanted to do as much research as possible to make my performance as realistic as I could."