Steven Spielberg: Jurassic Park Was a Benchmark For Hollywood 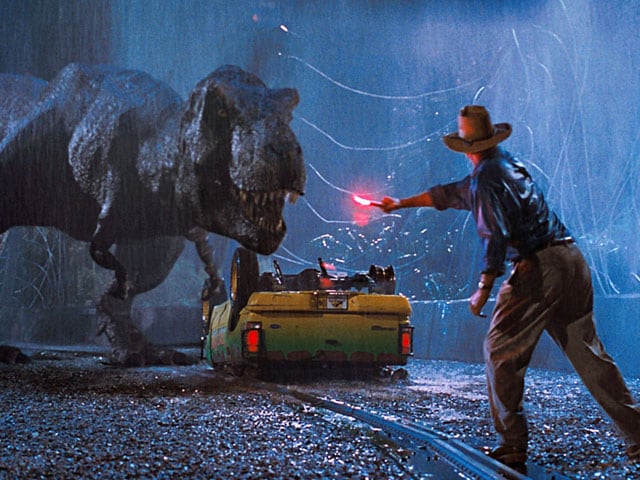 A still from the movie Jurassic Park.

"I try to tell stories. It's up to other people to figure out whether your stories are successfully told or not," said Mr Spielberg

Cinematic genius and visionary filmmaker Steven Spielberg says his 1993 released film Jurassic Park was a benchmark for Hollywood.
He even feels that upcoming venture Jurassic World, starring Chris Pratt, Bryce Dallas Howard and Bollywood actor Irrfan Khan, is the movie that has truly fulfilled his vision and the audiences' dreams.
Talking about his original Jurassic Park, he says, "It's not up to me to decide what a benchmark is. I just keep trying to tell stories. It's up to other people to figure out whether your stories are successfully told or not, but I know that technologically it was a benchmark for the entire industry."
"Here are characters that were digitally created on a computer that looked completely authentic in any form of lighting or even atmospheric condition. We even had the digital T. Rex in rain."
Originally released in 1993, Spielberg's Jurassic Park provided movie goers with a film that connected with global audiences of all ages and has since become an indelible part of their cultural collective memory.
Talking about Jurassic World he adds, "We wanted to fulfill this dream in Jurassic World to have a truly working theme park that is devoted to this miracle of creating dinosaurs from DNA. This is the realisation of Michael Crichton's dream, which then transferred to John Hammond's dream. This, hopefully, becomes the dream that the audiences have always wanted to see."
Jurassic World releases in Indian theatres on June 11.