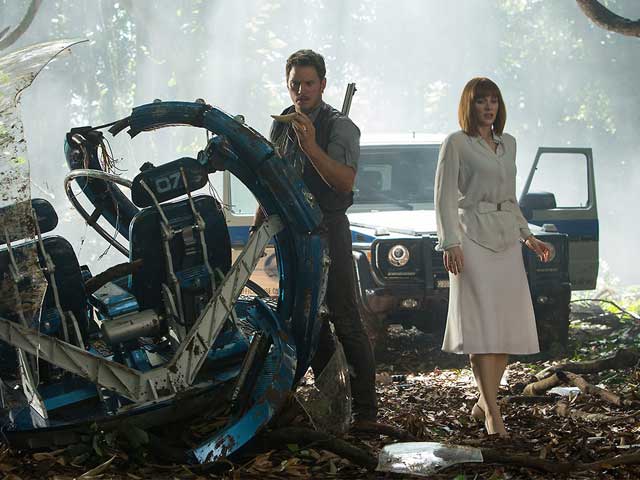 A still from Jurassic World

Universal Pictures' Jurassic World dinosaur spectacle is set to become the fastest film to gross $1 billion in box office receipts worldwide after last week's record-breaking opening.
The movie, which stars Chris Pratt and Bryce Dallas Howard, is expected to hit the milestone in just 13 days after its release, the studio said.
The previous record was set by Universal's action film, Furious 7, which topped $1 billion globally in 17 days after its April release this year.
Over the weekend, Jurassic World scored the highest-grossing second week at the domestic box office with $106.6 million, topping $400 million in North America in 10 days.
Jurassic World, which has been co-produced by Amblin Entertainment and Legendary Pictures - which rebooted Steven Spielberg's dormant Jurassic Park franchise nearly 15 years after the first trilogy ended - is the latest film for the Comcast Corporation-owned Universal Pictures to score big at the box office this year.
The studio has also enjoyed hits with February's Fifty Shades of Grey and May's singing comedy Pitch Perfect 2, and is gearing up for the release of the animated Minions movie and the R-rated raunchy comedy Ted 2 in the summer.