"You needn't look any further than the Suicide Squad director and cast response to the negative reviews to feel how negative critiques motivate us. Ultimately, we can't base anything on (the critical response),"Ezra said. 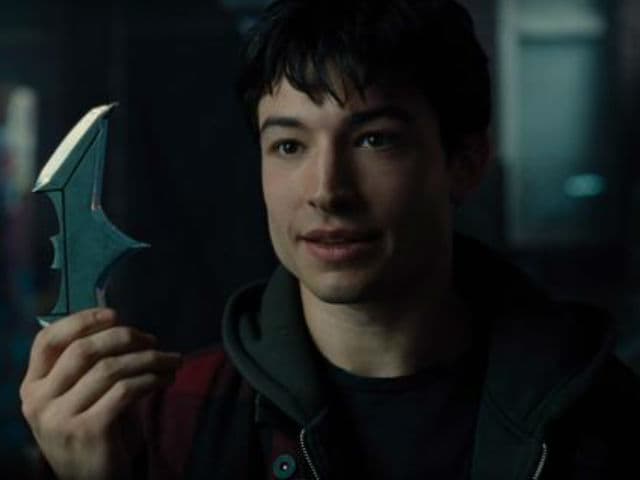 Ezra Miller in a still from the film Justice League

Actor-singer Ezra Miller says the negative reviews of Suicide Squad have motivated the cast of Justice Leagueto deliver a fantastic film.
Ezra, 23, appeared briefly as The Flash in the anti-hero movie and will get his first full outing as the super-fast superhero, also known as Barry Allen, in the upcoming DC Comics ensemble movie, reported MTV.
Mr Miller was surprised at the criticism aimed at David Ayer's movie Suicide Squad, which despite the reaction of critics has proven popular with fans banking USD 135 million on its opening weekend.
Although Ezra and his cast mates, Ben Affleck (Batman), Henry Cavill (Superman), Gal Gadot (Wonder Woman), Ray Fisher (Cyborg), Jason Momoa (Aquaman) and Amy Adams (Lois Lane), are not overly concerned with getting great reviews they do feel energised by the knocks the DC Cinematic Universe has taken.
"You needn't look any further than the Suicide Squad director and cast response to the negative reviews to feel how negative critiques motivate us. Ultimately, we can't base anything on (the critical response),"Ezra said.
"As artists, we aim to please absolutely everybody with our work, but we also know that we have to keep expressing ourselves as best as we can express ourselves."
When asked what his message for Suicide Squad haters is, he laughed: "It's like that T.I. song, Motivation"
Justice League, which follows on from the events of Batman v Superman: Dawn of Justice, is being directed by Zack Snyder and also stars Jesse Eisenberg reprising his role as corrupt businessman Lex Luthor, Willem Dafoe as Nuidis Vulko, Amber Heard as Mera, JK Simmons as Commissioner James Gordon and Jeremy Irons as Bruce Wayne's butler Alfred Pennyworth.
Justice League , being made by Warner Bros Pictures and DC Films, is currently being filmed in London and is scheduled for release in November 2017.
(Except for the headline, this story has not been edited by NDTV staff and is published from a syndicated feed.)