Justin Bieber: the making of a teen idol 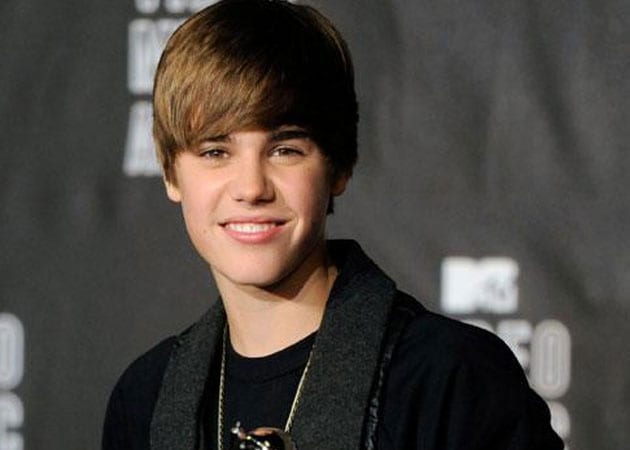 Justin Bieber is the second most-followed celebrity on Twitter.

In a world ruled by social media, Justin Bieber's brand of music proved an opiate for the digital masses. As music critics listened and watched in growing disbelief, the 13-year-old YouTube star became a supernova of sorts, shored up by a vast bank of mostly-young fans, or Beliebers.

In a world ruled by social media, Justin Bieber's brand of music proved an opiate for the digital masses. As music critics listened and watched in growing disbelief, the 13-year-old YouTube star became a supernova of sorts, shored up by a vast bank of mostly-young fans, or Beliebers.
Now 19, Justin announced he was retiring in December 2013 - though his team later said he was "kidding" - and was recently arrested for drunk driving and drag racing in Miami. In between, the former clean-cut teen idol was accused of vandalizing a neighbour's house, spitting on fans, reckless driving, assaulting a bodyguard, detained at an airport for using foul language, vandalizing a hotel in Australia and visiting a Brazilian brothel. Drugs were found on his tour bus and he has had multiple confrontations, some violent, with paparazzi.
As the focus shifted from his music to his behavior, celebrities handed out advice to him. Actor, former rapper and reformed bad boy Mark Wahlberg said during a web chat: "Justin are you listening? Don't be so naughty, yeah? Be a nice boy, pull your trousers up, make your mum proud." Actor Channing Tatum told Vanity Fair magazine: "That kid's wildly talented. I hope he doesn't fall down into the usual ways of young kids because it's so hard for someone to be responsible when they're not asked to be."
Justin Drew Bieber was born on March 1, 1994 in Ontario, Canada. His parents, Patricia Mallette and Jeremy Bieber, never married but remain friends. Patricia, who was 17 when Justin was born, is credited by her son both for raising him and for helping launch his career. Growing up, Justin played hockey, football and chess. He also taught himself the piano, guitar, trumpet and drums. After winning second prize in a singing competition, Justin's mother started posting videos of his performances on YouTube, making him into an Internet phenomenon.
In 2008, a former music executive stumbled upon one Justin's videos on YouTube and tracked him down to Ontario. Aged 13, Justin flew to Atlanta to record demo tapes and was soon signed up by R&B star Usher's music label. He was 15 when his first album, My World 2.0, released and set a record with seven songs from his debut - including the blockbuster Baby - making it to the Billboard charts.
Two more albums followed - Under The Mistletoe (2011) and Believe (2012). He sang for the Obamas at the White House, made two concert films, had roles in TV shows like CSI: Crime Scene Investigation and The Simpsons, and sang Lionel Richie's part in the remake of USA For Africa anthem We Are The World to raise funds for earthquake-devastated Haiti.
Online, Justin Bieber remains adored. He is the second most-followed celebrity - after Katy Perry - on Twitter, with 48 million fans at last count. He dated former Disney princess Selena Gomez for two years before breaking up in November 2012. Justin has also invested millions in technology startups and supports a charity organization that builds schools in developing countries.
Justin Bieber has been nominated twice for the Grammys and has won six Billboard Music Awards, one Brit Award and many popular prizes including seven American Music Awards, 11 Teen Choice Awards and seven MTV Europe Music Awards.