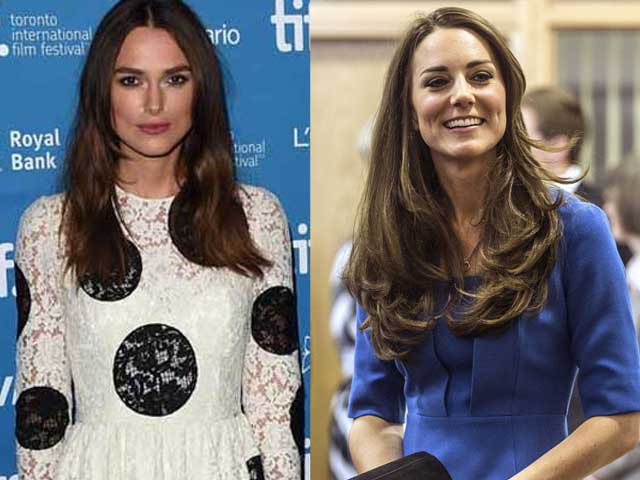 Actress Jacqueline Jossa came third in the poll, followed by Frankie Bridge and Abbey Clancy at the fourth and fifth spots

Pregnant actress Keira Knightley has been voted most stylish mother-to-be.

The 29-year-old Atonement actress, who is expecting her first child with her husband James Righton, fought off tough competition from the Duchess of Cambridge Kate Middleton in a poll by baby brand My1stYears.com, reported Hello! magazine.

"We were surprised that Keira beat Kate in this poll as usually the Duchess is so popular with the nation. However Keira has more than proved herself the top spot with her effortless Chanel chic on the red carpet and with her recent Oscar nomination, we can't wait to see what she wears on the night," a spokesperson said.

Actress Jacqueline Jossa, who stars on the BBC One soap EastEnders and is expecting her first child with The Only Way Is Essex hunk Dan Osbourne, was voted third.

The Saturdays' Frankie Bridge came in fourth place after announcing she is pregnant with her second child with footballer Wayne Bridge, while Abbey Clancy, the wife of footballer Peter Crouch - who is also expecting for the second time - came fifth.