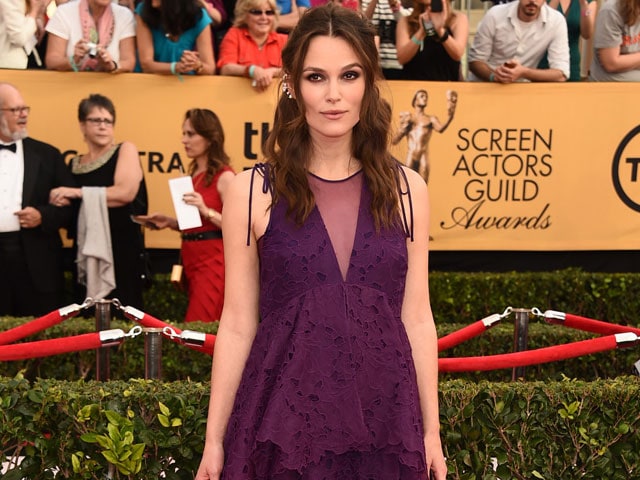 Keira Knightley says her waist has "disappeared" due to the baby bump, and so she likes wearing loose clothes

Pregnant actress Keira Knightley says her waist has "disappeared" due to the baby bump, and so she likes wearing loose clothes.
The 29-year-old, who is expecting her first child with husband James Righton, thinks dressing her changing shape for awards isn't too difficult for her. But she's not opting for tight-fitting garments because of pregnancy, reports eonline.com.
Talking about dressing her bump at the Screen Actors Guild awards, she said: "It just means you're not going to wear anything tight. Actually, people do wear tight things when they're pregnant, don't they? I don't want to go for that. So it's just on quite loose, which is quite nice."
"The shoes are quite high - they may come off later. I can go, 'Well, I'm pregnant so my shoes have to come off and no one's allowed to say anything'."
Admiring presenter Maria Menounos' fitted, strapless gold dress, she added, "If I had that waist at the moment, I'd do the same thing. But the waist has disappeared so I can't do that."