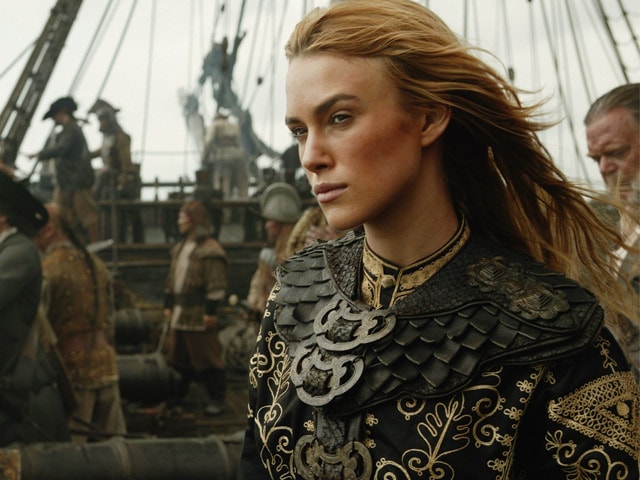 Keira Knightley in a still from Pirates of the Caribbean

British actress Keira Knightley said she feared filmmaker Jerry Bruckheimer would fire her from Pirates of the Caribbean when she was 17.
The 29-year-old actress said she learned to work hard and keep her head down after bad press over her weight and acting in her early career, reported New York Post. "Being a teenager that's come out of sort of big blockbuster films, there was a lot of criticism. People saying, 'She can't act, she can't do it. What's the point? She's pouty, she's thin'," she said.
"Being a teenager, you do read it all and you go, 'Oh, my God, I am that awful. I remember going to Hollywood. I had only packed a small bag because I was convinced they were going to fire me," Keira added.