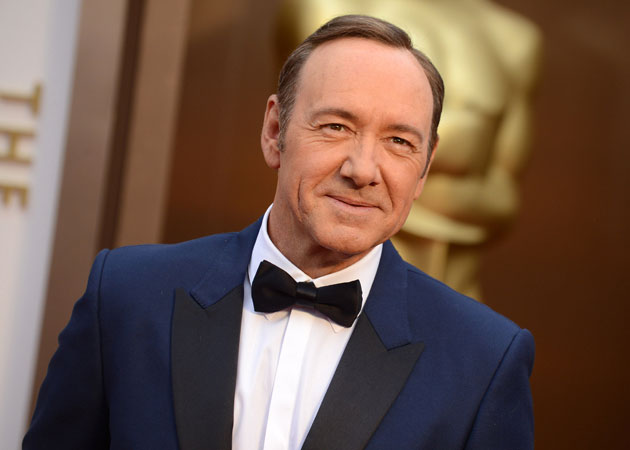 Kevin has received a positive response for the political drama House Of Cards.

Hollywood actor, filmmaker Kevin Spacey says he has a problem when people differentiate between film and theatre acting.

Hollywood actor, filmmaker Kevin Spacey, who attended the master class panel on acting with Bollywood actress Priyanka Chopra at the International Indian Film Academy (IIFA) Weekend and Awards here, says he has a problem when people differentiate between film and theatre acting.
"One should continue to do great work. I have a problem when people say film and theatre acting are different. I think acting is acting, either it can be good or bad. I think doing theatre is like being an athlete. (Also read: Kevin Spacey to lead class at 'Bollywood Oscars' )
"I think film is the director's and editor's medium while theatre is the actor's medium. One can be better in theatre in two weeks while for films, once it is released then you can see and get the response and accordingly improve. I feel TV is like making long films," Spacey said here.
The Oscar-winning actor says that for him the quality of the script is very important and that he feels "lucky as since the time I was born, my parents introduced me to great writing, so I have read lot of quality stuff. When I read a script I should feel something good. Then comes the director as to how he will be doing the film, his vision etc."
Spacey, who has received a positive response for the political drama House Of Cards, says it is extraordinary to be a part of the TV series.
"The response has been fantastic and it feels great, irrespective of the language. It is extraordinary to be a part of the series. We are happy people have enjoyed it. I think the audience cares about content and we are happy we have been successful," he said.
When asked about US President Barack Obama's tweet on the political drama, he said: "I am delighted that he does watch it. I think he is jealous of my character." (Also read: IIFA 2014: Why Priyanka Chopra thinks Travolta and Spacey are lucky )
The American Beauty star also agreed to click a selfie with other celebrities like Shabana Azmi, Javed Akhtar, Anupam Kher, Anil Kapoor and Prasoon Joshi who attended the panel.
Spacey, who began his career as a stage actor during the 1980s, recalled his earlier days and said that it has been a credible experience so far.
"I grew up in California and I feel fortunate to be here. It has been a credible experience. I was 13 years old when I met someone who was to change my life. His name was Jack Lemmon and he was running a workshop for young students like me who were interested in drama.
"It was Jack Lemmon who thought I could be an actor, he felt I was born to be an actor. He asked me to go and study acting. Jack encouraged me to go to New York and train because he thought I was born to become an actor. I will forever be grateful to him for this," he said.
When asked why content in Hollywood is moving from films to TV, he said, "Hollywood goes into phases. There was a different phase in the 1920s, 1930s, 1950s etc but now the focus has shifted. There was a time when films on vampires and zombies were made but later things changed. Due to content, directors and producers moved to other platforms. The content is important. Platforms will keep coming up."
The IIFA gala concluded on the night of April 26.