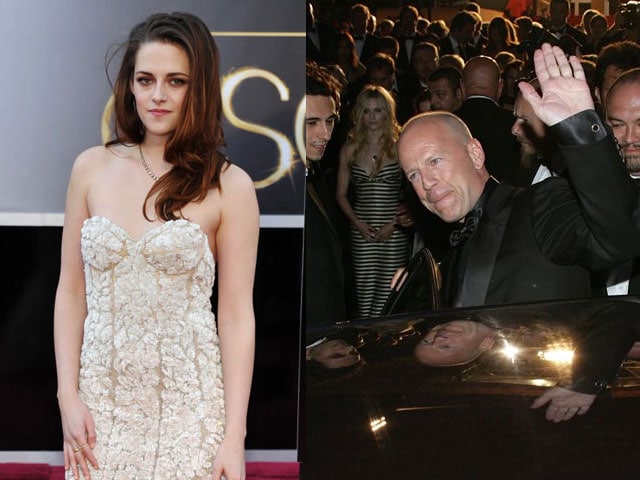 Kristen and Bruce will collaborate with Woody Allen for the first time (Image source: AP)

However, there is no word on the title or plot of the film.

The planned feature will mark Bruce Willis and Kristen Stewart's first collaboration with Woody Allen. Jesse Eisenberg has already worked with Mr Allen for the 2012 comedy To Rome with Love.

The film's release date hasn't been set. Despite that, Mr Allen has recruited his long-time collaborators Letty Arsonson, Stephen Tenenbaum and Edward Walson to produce the film.

Mr Allen's next film will be Irrational Man, which is expected to hit screens on July 24. The film stars Emma Stone and Joaquin Phoenix in pivotal roles.