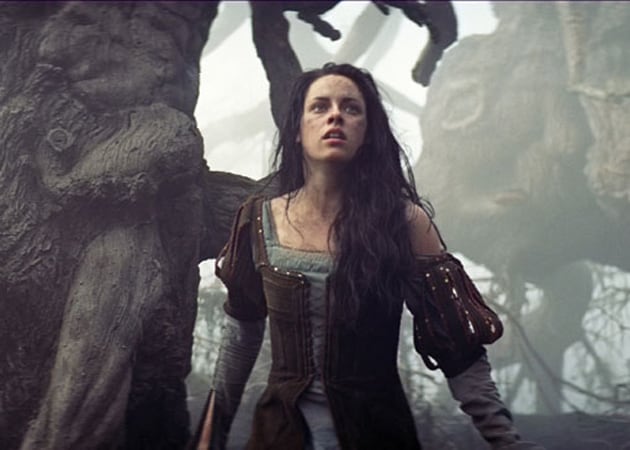 Snow White And The Huntsman actress Kristen Stewart has been dropped from the cast of the movie's sequel which will now be a spin-off titled The Huntsman.
The actress, who played the iconic fairy tale character in the original movie in 2012, is said to have been axed from the sequel as it takes a new angle under director Frank Darabont, reports contactmusic.com. (Also Read: Robert Pattinson living in with Kristen Stewart)
The Hollywood Reporter also reported that the 24-year-old star won't be returning for the second movie as it will now be a spin-off not focusing on Snow White as a character.
There had previously been reports that she would be exiting the franchise, although these were denied by the studio at the time.
The sequel will follow Chris Hemsworth in the title role.
Charlize Theron will return to play Queen Ravenna, Snow White's evil stepmother.
With new director taking charge, it means former boss Rupert Sanders, who had an affair with Stewart during their time on the movie, will also not be returning for the much-anticipated sequel which is due to be released in 2016.