Twilight actress was seen sharing an intimate kiss with partner Stella Maxwell during a romantic getaway in Milan. 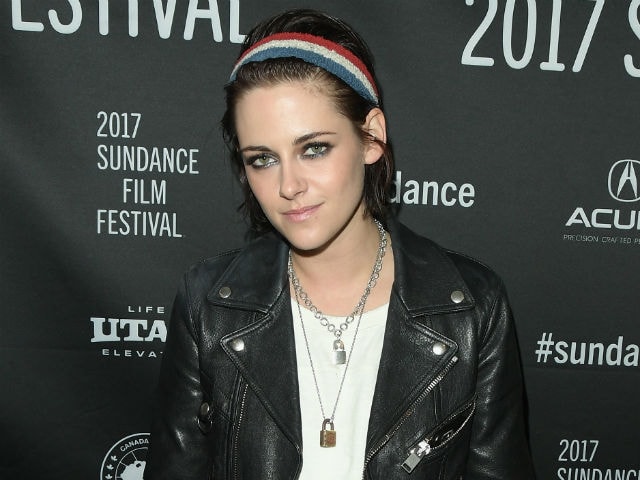 Twilight actress Kristen Stewart seems to have confirmed her relationship status with Victoria's Secret model Stella Maxwell. The Daily Mail reported that the couple was spotted kissing during a romantic getaway in Milan last week. The Snow White and the Huntsman actress and Stella Maxwell were seen sharing an intimate moment while exiting their SUV outside Milan airport. The pair has reportedly been dating since last year, when they were spotted leaving the Met Ball together. Kristen reportedly decided to join her partner Stella in Italy, who was there for the Milan fashion week. The 26-year-old actress had five releases last year - Anesthesia, Certain Women, Personal Shopper, Cafe Society and Billy Lynn's Long Halftime Walk.
Kristen Stewart was well put together in distressed denims, bomber jacket, woolen socks and plimsolls while her partner Stella teamed her deep red leather jacket with grey jeans.
Stella Maxwell was earlier in a relationship with Miley Cyrus while Kristen Stewart had short-lived affairs with 34-year-old musician St Vincent and digital effects artist Alicia Cargile. Kristen Stewart is the first woman to be romantically linked with Maxwell since her 2015 fling with Miley Cyrus. However was spotted with St Vincent at the CFDA/Vogue Fashion Fund Show where they took the front row. Kristen even invited St Vincent to the screening of Certain Women at the New York Film Festival where they were reportedly "inseparable."
Kristen shot to fame with Twilight which released in 2008. At that time she was dating her co-star Robert Pattinson. Together they made five films in the series. They split up after Kristen cheated on Robert with her The Snow White and the Huntsman director Rupert Sanders.