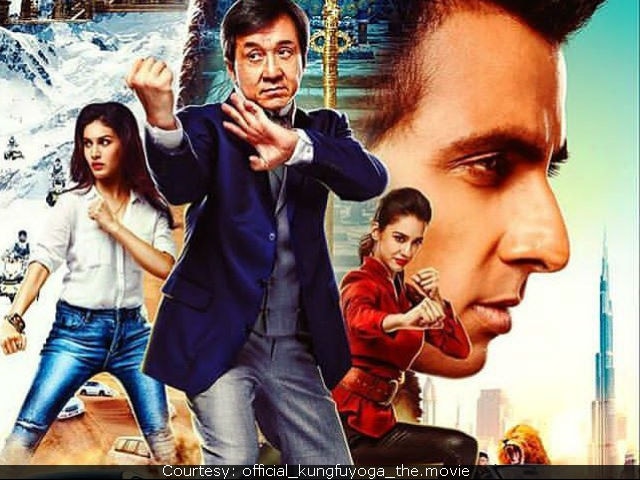 Hongkong superstar Jackie Chan's, film Kung Fu Yoga, which released in India on February 3, started its journey at Indian box office on an average note, reports Box Office Collection. The film recorded overall 25-30% occupancy in India and raked the business of 4 crores, said Box Office Collection report. The report had earlier predicted that the film could perform little better during the weekend, but after Friday's response, Box Office Collection states that there is no expectation with it to take high jump. The Indo-Sino project also stars Sonu Sood, Disha Patani and Amyra Dastur in pivotal roles. In his review for NDTV movies, Saibal Chatterjee writes, "Kung Fu Yoga, apart from the giddy fight sequences and car chases staged in different locations, the film pits the characters against sundry computer-generated animals and Jackie Chan's Bollywood Moves are the most charming part."
Sonu Sood stars as an antagonist. Jackie Chan plays a professor of archaeology while Disha's character is a student of history. Mr Chan as a professor of archaeology who is on an expedition to discover the Magadha treasure in Tibet with help from Disha Patani and Amyra Dastur's characters.
Farah Khan has choreographed Jackie Chan in the film. She told NDTV, "It was fantastic. He is 60-year-old but behaved like a newcomer on the sets."
Kung Fu Yoga is part of the three-film agreement signed between India and China during Chinese President Xi Jinping's visit to India. The film released in China on January 28. The Stanley Tong-directed film received one of the biggest openings in China till date.