'We are planning to have Kung Fu Yoga 2," said Sonu Sood 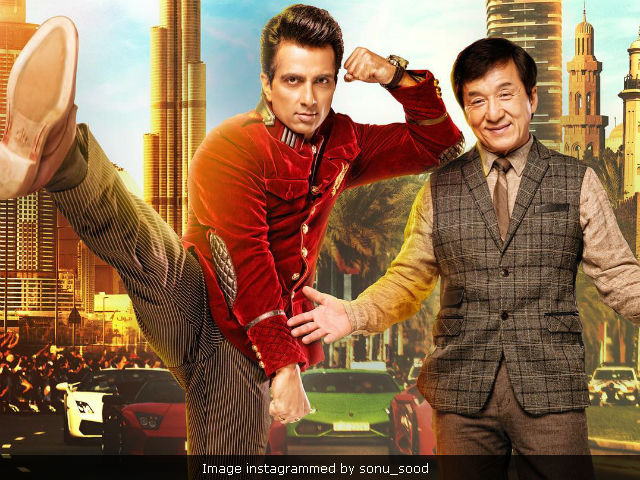 Sonu Sood who starred in the recent martial arts movie Kung Fu Yoga along with Jackie Chan and Disha Patani feels that the film deserves to have a series. The 43-year-old actor told news agency IANS: "I would love to take the venture forward. I remember that I was talking to my director Stanley Tong in China and he was very happy." Sonu Sood , who was present at the launch of Skechers GoFlex Walk Range added: "'We are planning to have Kung Fu Yoga 2. I agreed with him. Kung Fu Yoga should have a series and continue to come again and again."
Speaking about the response the film has received, the Ek Vivah Aisa Bhi actor said: "We all are very glad to see that the film is receiving so much love. Everybody loved the film, especially the kids. They are watching it again and again."
Kung Fu Yoga released in India on February 3. The film is part of a three film deal signed between India and China.
The film is part of a three-film deal signed between India and China. According to China Film News, the movie topped the Chinese box office in the week ending on February 5, earning 963 million yuan ($140 million), reports IANS.
Sonu Sood is best known for his role in Salman Khan's Dabangg as Cheddi Singh. The actor won Apsara Award for Best Actor in a Negative Role and IIFA Award for Best Performance in a Negative Role for the film.
(With IANS inputs)