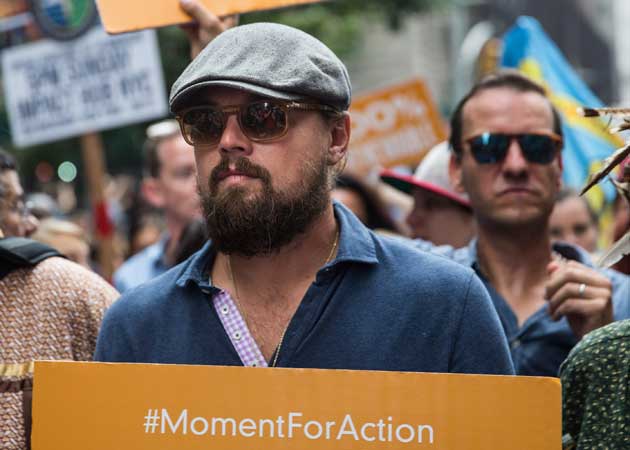 Leonardo was among many celebrities who participated in the People's Climate Change march earlier in the day .Image AP

Earlier in the day, the actor participated in the People's Climate Change march, alongside Edward Norton, Mark Ruffalo, Sting and Evangeline Lilly

Actor Leonardo DiCaprio sported a fuller-than-ever beard and a slicked-back man bun look as he accepted his Clinton Global Citizen Award here for his environmental work.

The Titanic star urged the public to keep environmental concerns in their minds.

"Climate change is compromising the very livability of our planet," he said.

"Less than three percent of all philanthropic giving goes toward protecting and preserving our environment," he explained, before urging people "to put environmental issues at the forefront of the human agenda."