Saroo Brierley says he remembers his past 'extremely clearly' 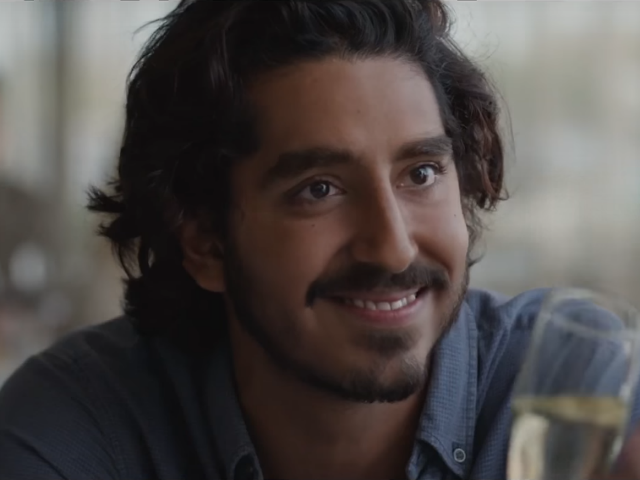 Lion, starring Dev Patel and Nicole Kidman, has been nominated for six Oscars including Best Picture, Best Adapted Screenplay, Best Supporting Actor and Best Actress. The film, directed by Garth Davis, is based on the non-fiction book A Long Way Home by Saroo Brierley, describing his life journey. Saroo Brierley was only five-years-old when he got lost on a train and was separated from his family. He was adopted by an Australian family but after 25 years he eventually managed to track down his own family in India through Google maps. In an interview to CBS channel on Wednesday, Saroo said: "I think because I was just street smart, you know, slightly, and I used my sort of instincts as well to guide me and listen to myself. Being in situations like that, you didn't have time to think. You had to act on impulse really quickly."
Saroo, who lived alone on the streets of Kolkata (then Calcutta) before being placed in an orphanage and adopted by an Australian couple, told CBS that he remembers his past 'extremely clearly.'
"I never went to school. So I sort of had a more visual sort of memory as opposed to auditorial," he said. "And because I never conversed with anyone - let alone my sister who couldn't even string a sentence together - I think my visual memory is more prominent as opposed to talking. So I think that really helped, in fact."
On being questioned about how he managed to strive alone on the streets at the age of five, Saroo said: "I think that's the resilience of me and the guidance of being sort of, you know, the energy of the universe as well."
Saroo Brierley tried to track down his family after 25 years of being separated using his memory and Google Earth. He sought answers to a "massive anomaly."
"How can a child be outed from his nuclear family, be brought up and then all of a sudden taken and put in sort of a zone where he's unfamiliar with and going through hardship?" Saroo explained. "And then coming to Australia, it just doesn't seem right. And, you know, the yearning, the wanting, the nostalgia as well of wanting to find out if my family is okay, my sister is okay, the bond between mother and son... that you had to find answers and closure," he said.
Saroo Brierley told CBS that on being reunited with his mother, he recognised her "within seconds."
"She used to look like a giant. When I saw her for the first time, she was just so short, and I'm just so tall, but her facial structures, that was still there." Saroo said. He added that his mother believed that he would come back, as a fortune teller had once predicted.
"But also it's I think the astro-projections as well as myself and the telepathic connections that we had, too - wanted to make sure for her to stay there just in case that I returned not today, tomorrow, or in a year, but hopefully in time," he told CBS.
In 2013, Saroo Brierley's adopted mother met his biological mother for the first time. Recalling the moment, Brierley said: "My adoptive mother always wanted to meet my biological mother. She used to say like on rainy days, it's like, 'Saroo, I would really love to meet your biological mother because I can show her what an amazing man that you've grown up to be'."
With Saroo Brierley's heartfelt family saga, Lion being nominated for the 89th Academy Awards, Brierley said he gives "kudos" to the actors, producers and everyone behind the film for an "amazing job."