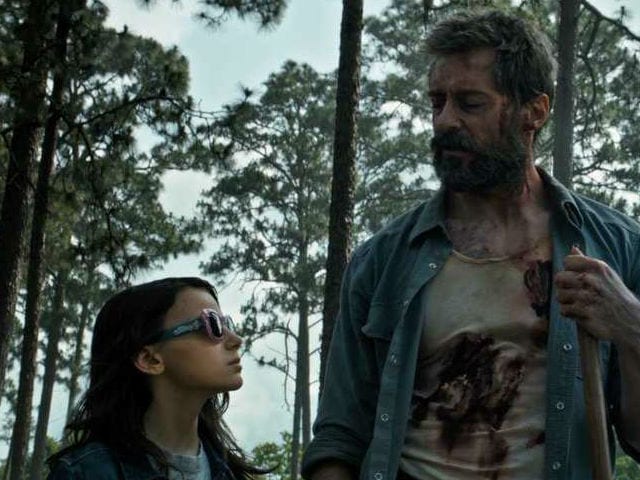 Hugh Jackman's Logan is this week's big Hollywood release in India. The film which is mutant superhero Wolverine's final chapter was one of the most-awaited Hollywood films of 2017 and the opening day box office numbers prove that India loves Wolverine. Logan made a whopping Rs 4 crore on the first day, reports Box Office India. The sum is the same as Vidyut Jammwal's Commando 2: The Black Money Trail and just one crore less than last week's big release Rangoon, which featured Kangana Ranaut, Shahid Kapoor and Saif Ali Khan. Trade pundits have predicted "a better weekend" for Logan than Commando 2, according to Box Office India.
Trade analysts say Logan is the "first real surprise of the year" and it's opening day numbers are "higher than anyone would have expected," reports Box Office India.
In the US too, Wolverine's final journey opened to a tumultuous response. According to Variety, Hugh Jackman's Logan opened with a "powerful $9.5 million." The collection figure is above X-Men: Apocalypse ($8.2 million) and Doctor Strange ($9.4 million), reports Variety.
Hugh Jackman first played Wolverine in 2000's X-Men, his third film. The franchise has so far registered $4.4 billion in box office receipts, reports news agency AFP. Logan is expected to take $65 million over the weekend to top the domestic box office and $170 million worldwide, according to AFP.
The film is set more than 50 years after the events of X-Men: Days of Future Past (2014). Logan is directed by James Mangold and also stars Patrick Stewart, Richard E. Grant and Dafne Keen.
(With AFP inputs)