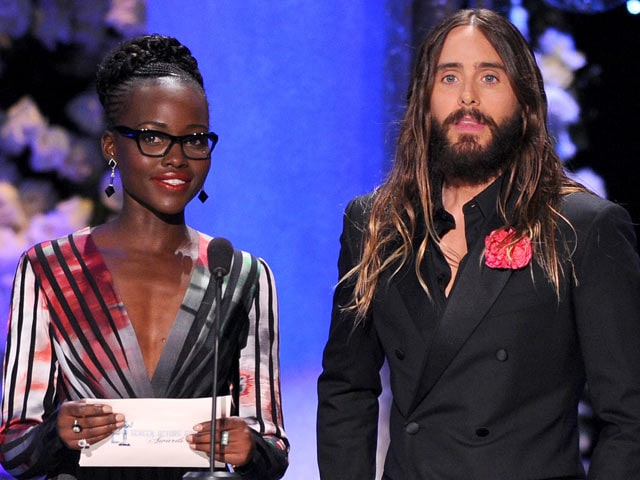 Oscar-winning actress Lupita Nyong'o has reportedly split from Somalian rapper boyfriend K'naan.
The 12 Years a Slave star has been linked to K'naan since past March, but their romance has since fizzled out, and they actually broke up in late 2014, reported Us magazine.
But Lupita, 31, has already been linked to another entertainer - fellow Oscar winner Jared Leto. During the Screen Actors Guild Awards, the two served as co-presenters, and following the Los Angeles ceremony, they were spotted at an after party, flirting and dancing with each other.
The reports of a romance between Lupita and Jared began last year as they ran into each other on the awards show circuit, but both stars dismissed the gossip, with the actress joking about the relationship, suggesting "Miley Cyrus broke us up".