Lupita Nyongo's Oscar Goal Was to Not Trip Like Jennifer Lawrence 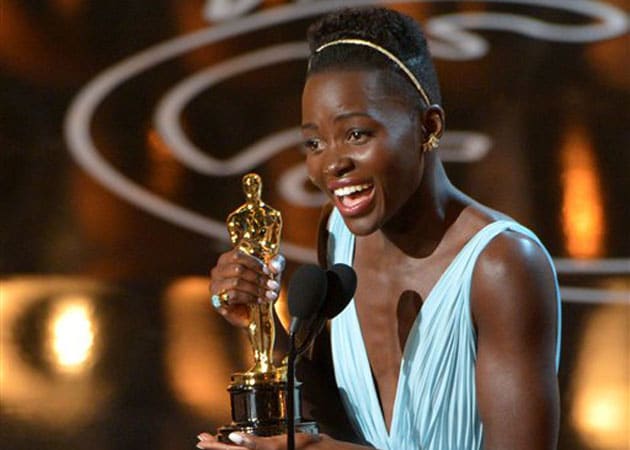 Looking back, Lupita Nyong'o says that the moments after she won her Academy Award this year were a blur and time stood still.

Looking back, Lupita Nyong'o says that the moments after she won her Academy Award this year were a blur and time stood still.
But she says in the July issue of Vogue that there's one thing she does remember: worrying she would trip on her way to the podium. (Also read: Lupita Nyong'o is New Star Wars: Episode VII Cast Member )
"It's not cute if you follow Jennifer Lawrence -- it's not cute if you're the second one!" she laughed, referring to Jennifer's famous stumble while collecting her best-actress Oscar the year before. 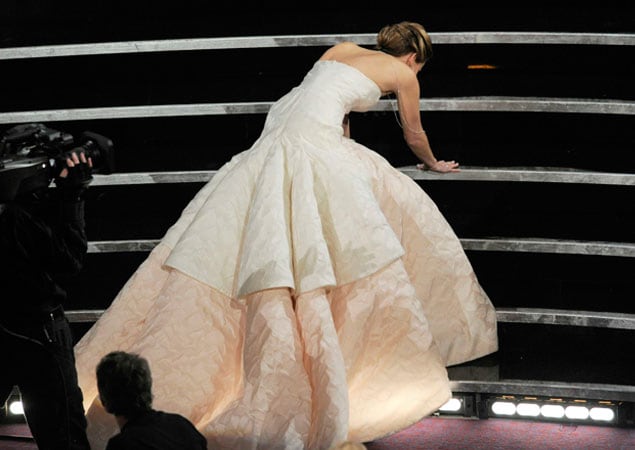 Jennifer Lawrence tripped up the stairs on the way to collect her Oscar award in 2013.

The 31-year-old actress has a steady path ahead of her.
She will voice a character in Jon Favreau's take on Disney's The Jungle Book and landed a role in Star Wars: Episode VII. Plus she's going to co-produce and star in an adaption of the Chimamanda Ngozi Adichie book Americanah, saying the story blew her away. (Also read: Lupita Nyong'o's father was arrested for supporting democracy in Kenya )
The July issue of Vogue goes on sale from Tuesday in New York and Los Angeles.