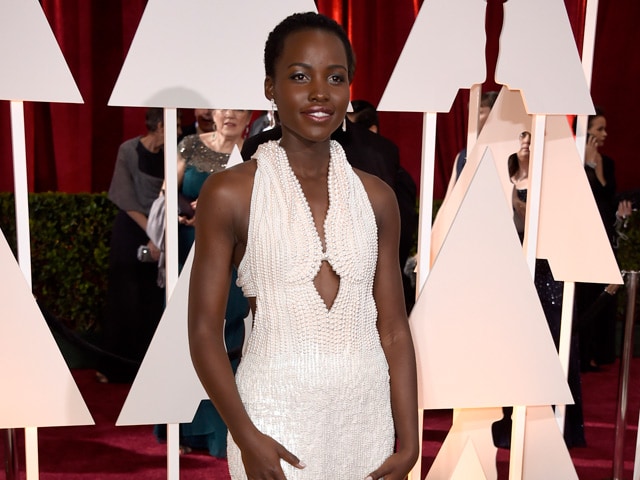 The stunning dress designed by Francisco Costa was adorned with some 6,000 white pearls

The pearl-encrusted $150,000 dress worn by Lupita Nyong'o at the Oscars last weekend was stolen from the actress's Los Angeles hotel room, police confirmed on February 26.
"It has been confirmed that it is the dress that was worn by Lupita Nyong'o," Los Angeles County Sheriff's Department spokeswoman Nicole Nishida said.
Lupita, who won a Best Supporting Actress Oscar last year for her performance in 12 Years A Slave, created a sensation on the red carpet with her elaborate custom-made Calvin Klein gown designed by Francisco Costa.
Image courtesy: AFP
The stunning dress was adorned with some 6,000 white pearls.
The gown was stolen from a room at the London West Hollywood hotel just off Sunset Boulevard, Nishida said. The theft was reported late on February 25, police added.
No arrests have been made in connection with the theft, the Los Angeles Times reported.