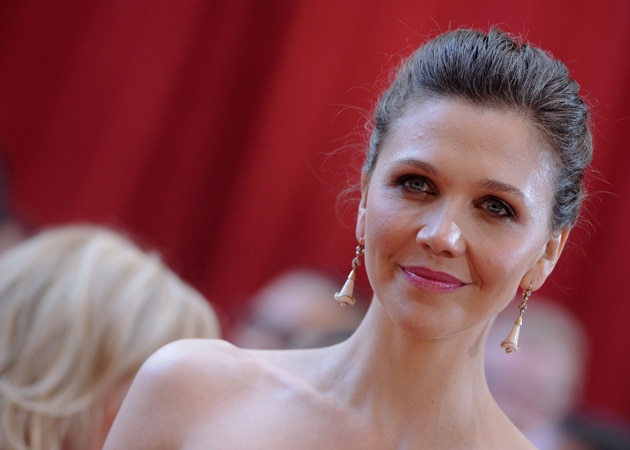 Maggie Gyllenhaal says that she still has doubts about her career

Actress Maggie Gyllenhaal says she is still not used to the cut-throat nature of competition in Hollywood.

Actress Maggie Gyllenhaal says she is still not used to the cut-throat nature of competition in Hollywood.
The 35-year-old, who is known for her roles in films such as Adaptation and Crazy Heart, still has moments of doubt about her career.
"I think I'm a lot less tough than I kinda act like I am. I do find the business tough but exciting, and I do enjoy my job. It gets me down but it also really, really takes me up," femalefirst.co.uk quoted Gyllenhaal as saying.
"I like the ride of going through a project, but all the stuff around it can sometimes be really exciting, and sometimes not," she said.
Gyllenhaal has two daughters, Ramona, six, and 14-month-old Gloria with actor-husband Peter Sarsgaard. She said that her eldest daughter is often confused by her parents' movie careers.
"Ramona and actress Rachel Weisz's son (Henry) was in her kindergarten class last year. She saw a picture of the witch in Oz the Great and Powerful, which is Rachel, and she was like, 'I'm scared by that witch'," she said.
"I was just, 'No, the witch is Henry's mum. And your daddy is always the scary guy in movies and if a kid saw it, they'd just be like, 'That's Ramona's daddy'," she added.