Marion Cotillard's Pregnant. The Actress Hasn't Revealed Who's the Father 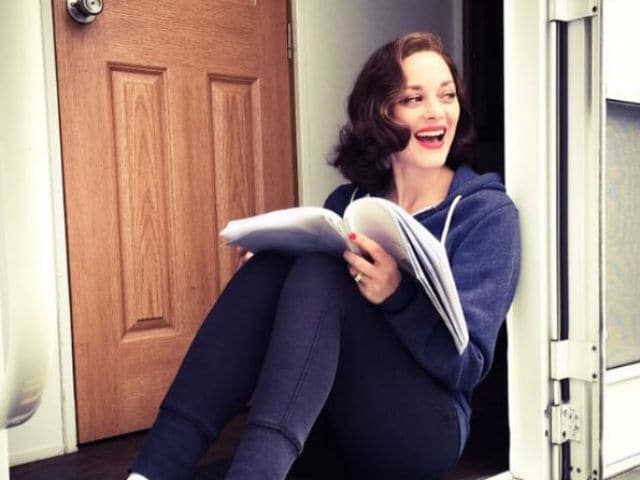 Actress Marion Cotillard, who is rumoured to be the cause of split between actors Brad Pitt and Angelina Jolie, is pregnant.
Marion, 40, who is dating actor Guillaume Canet, has revealed in a cover story for Closer magazine that she's expecting a child, reports aceshowbiz.com.
While Marion did not reveal who's the father of the baby, her cheating rumours with Brad have fuelled speculations that he's the father of the impending child.
Brad and Marion began filming Allied in London back in March.
According to the website, a source said Angelina was insanely jealous with Brad and Marion's on-screen chemistry.
"Angie couldn't handle Brad's sex scenes with Marion. Her jealousy was out of control. Brad tried for months to reassure her and calm her anxiety, but it simply didn't work. She said her intuition was telling her he was cheating," the source said.
"Angie has struggled with insecurity over Brad's fidelity for years, but she was never as jealous over a co-star as she was with Marion. She was always paranoid Brad would do to her the same thing he did to Jen," the source added.
Angelina Jolie, 41, filed for the divorce citing irreconcilable differences and has asked for custody of their six children together with visiting rights for Brad Pitt. The couple met while filming Mr & Mrs Smith in 2004 and married in 2014.
(Except for the headline, this story has not been edited by NDTV staff and is published from a syndicated feed.)