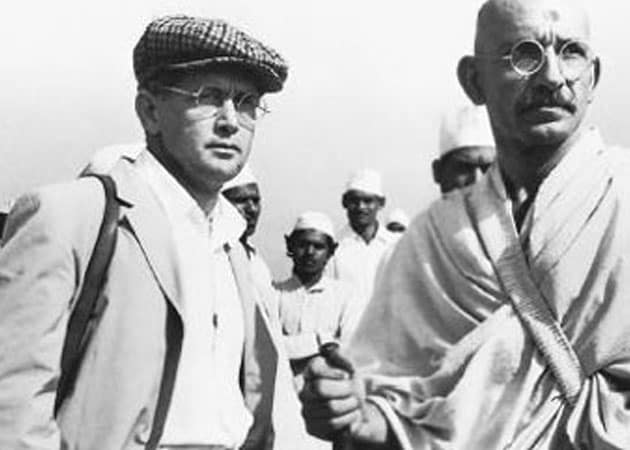 Martin Sheen in a still from Gandhi

Hollywood actor Martin Sheen will receive the Lifetime Achievement Award for his contribution to cinema during the opening ceremony of the 10th edition of the Dubai International Film Festival (DIFF) which runs from December 6 to 14th this year.

Hollywood actor Martin Sheen will receive the Lifetime Achievement Award for his contribution to cinema during the opening ceremony of the 10th edition of the Dubai International Film Festival (DIFF) which runs from December 6 to 14th this year.
The 73-year-old actor is best known for his work in films like Apocalypse Now, Gandhi and The Departed.
"I am truly honoured to accept the Dubai International Film Festival's Lifetime Achievement Award and looking forward to celebrating the region's gifted cinematic storytellers," Sheen said in a statement.
One of the most accomplished actors in Hollywood, Sheen has acted in more than 80 films including his most celebrated movie Apocalypse Now with Francis Ford Coppola.
His other movies include Badlands', Wall Street, Catch Me If You Can, The American President and most recently The Amazing Spider-Man.
The actor had an equally fulfilling career on television with his six time Emmy nominated performance as President Josiah Bartlet in The West Wing. Sheen won six of his eight Golden Globe nominations and two individual SAG awards for the White House series.
"Martin Sheen is a cinematic legend whose remarkable career has spanned five decades. In that time he has brought to life a huge variety of compelling, intelligent and wonderfully engaging characters on the big and small screen. We are honoured to present Martin Sheen with a DIFF Lifetime Achievement Award and we look forward to welcoming him to Dubai," said DIFF Chairman Abdulhamid Juma.
The Lifetime Achievement Award has been previously given to stalwarts of Indian film industry like Amitabh Bachchan, Shah Rukh Khan, Yash Chopra, Subhash Ghai and Mani Ratnam. Other winners are Omar Sharif, Faten Hamamah, Adel Imam, Jameel Rateb, Sabah, Morgan Freeman, Sean Penn, Daoud Abdel Sayed, Youssef Chahine, Rachid Bouchareb, Souleymane Cisse, Nabil El-Maleh, Oliver Stone, Danny Glover, Terry Gilliam, Michael Apted and Mahmoud Abdel Aziz.