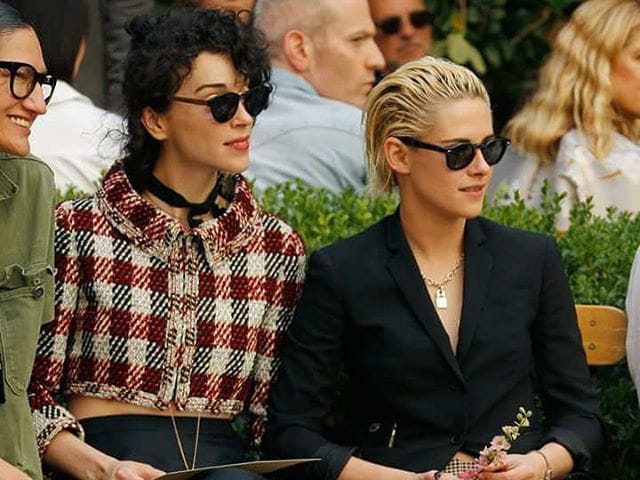 Actress Kristen Stewart and musician St Vincent made a public appearance as a couple on Thursday, walking the line at the CFDA/Vogue Fashion Fund Show at the Chateau Marmont. The duo posed together in black shades, reports People.
Kristen was wearing a tailored black blazer and cuffed tweed pants with a tuxedo stripe detail by 3.1 Phillip Lim, St Vincent wore a cropped long-sleeve plaid top and chic black plants by Chanel.

Others present at the venue were actress Emma Stone, and singers Katy Perry and Ciara.
The event featured collections from ten emerging designers of all kinds from across the country - each competing for the top prize of $400,000, which will be announced next month.
This was the first time the new couple have hit the red carpet together but they have been nearly inseparable since Kristen invited St Vincent to the New York Film Festival screening of her new movie, Certain Women, on October 3.
Kristen recently broke up with Alicia Cargile, while St Vincent was dating actress Cara Delevingne until they split earlier this year.
(Except for the headline, this story has not been edited by NDTV staff and is published from a syndicated feed.)